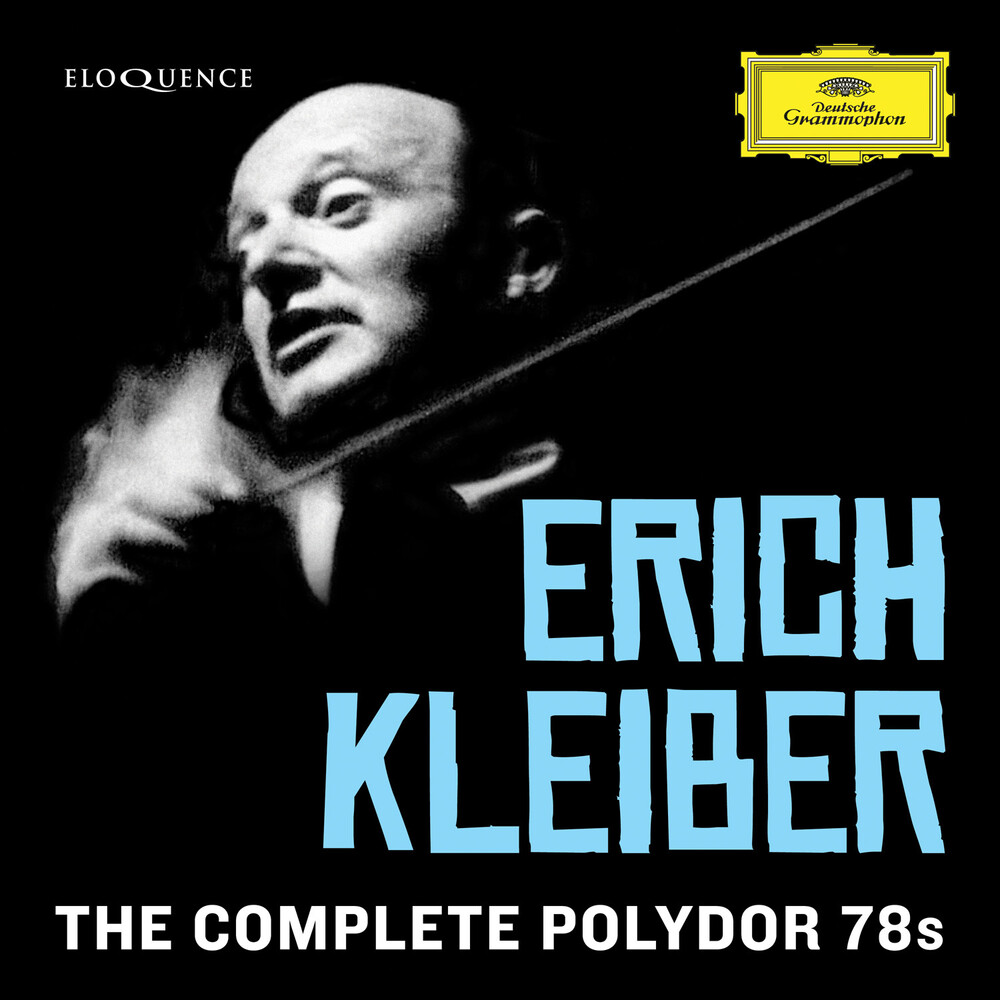 Collected for the first time - Erich Kleiber's rare recordings with the Staatskapelle Berlin and the Berliner Philharmoniker made for Polydor/Grammophon and newly remastered for this release. Erich Kleiber's appointment to the musical directorship of the Staatsoper Berlin in 1923 proved to be the making of his career. Hired on the strength of a single Fidelio, he thrilled audiences and critics with performances of unparalleled vigour and intensity. He soon began recording for the short-lived Vox company (not to be confused with the later US label) but in 1926 he agreed a contract with the Grammophon label, building on his regular season of orchestral concerts which were interspersed with opera performances. Here, newly remastered by Mark Obert-Thorn and issued complete for the first time in any format, is that Grammophon legacy of Kleiber's Berlin years with both the Staatskapelle and the celebrated Berliner Philharmoniker. Beginning modestly enough with four of Mozart's German dances - to fill two sides of a 78rpm record - the scope of the sessions expanded to take in complete symphonies by Beethoven (No. 2), Schubert (No. 8 'Unfinished') and DvorĂˇk (No. 9 'From the New World') alongside much popular repertoire such as the incidental music to Rosamunde and A Midsummer Night's Dream and the overtures to William Tell and Die Fledermaus. Many of these recordings were not marketed or reviewed abroad despite their artistic excellence, but Kleiber's 1928 account of 'Vltava' from MĂˇ vlast soon gained classic status. No wonder, now, when listening again to the moonlit interlude and Kleiber's gently flowing pulse, his superb balancing of parts which transcends the limitations of the technology and makes a nonsense of his apparent reluctance to record. Alternative versions of 'Vltava', as well as the second take of a side from the 'New World' Symphony which became Kleiber's final Grammophon album (recorded in May and August 1929) are also presented. Alan Sanders provides an extensive note, and Mark Obert-Thorn provides a background to the sources for these recordings.