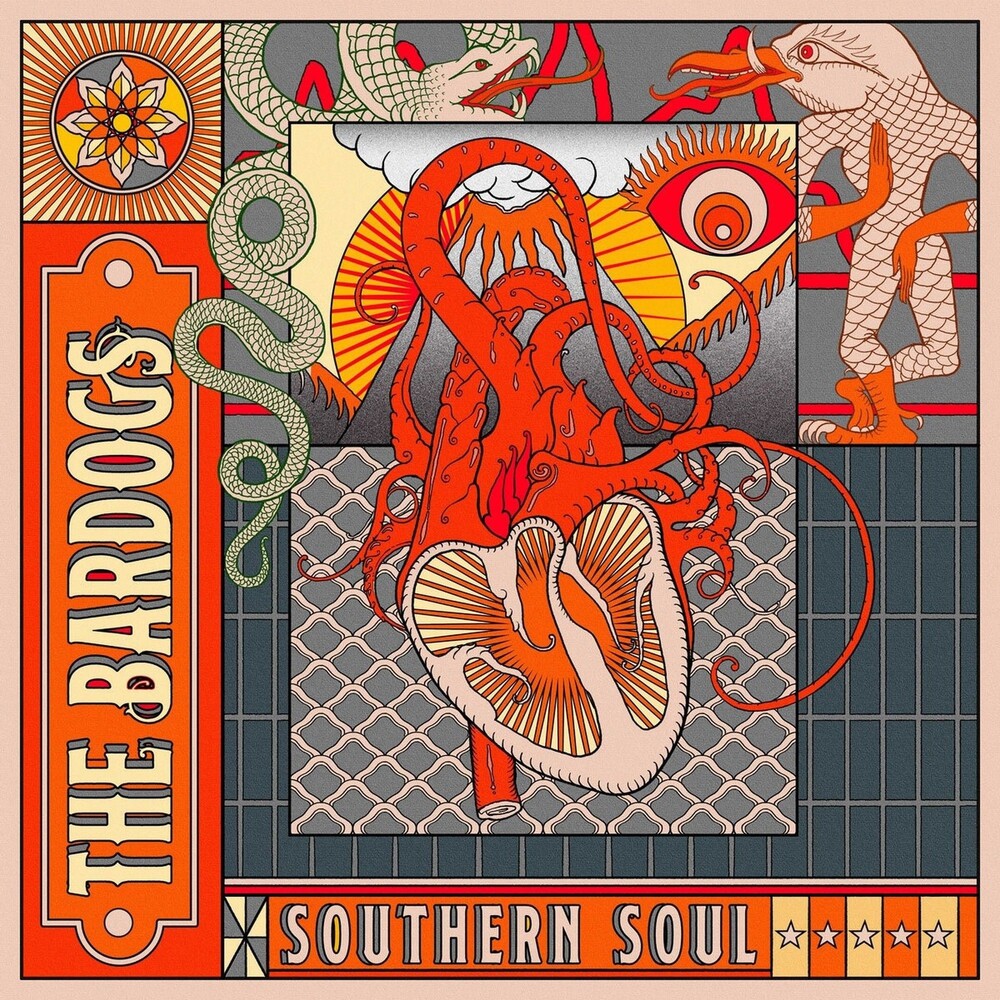 The Bardogs journey began in 2014 in Bukittinggi (West Sumatra) as a trio of childhood pals with Paul (vocals and guitar), Deni (bass) and Romi (drums). They first played for fun in the local bars, covering the Allman Brothers, Led Zeppelin and Tedeschi Tucks Band's classic tunes. As they started to write original songs (including some Indonesian spoken lyrics) music quickly became a priority and the ambition to play outside of their island kept growing. A couple of years later, they made the move to the touristic island of Bali. They got exposed to an international audience and made connections with people from all over the world who were willing to help them achieving their dream after witnessing their undeniable talent. Second guitarist Weldi, from Bogor (Java island) joined the adventure in 2016. Not long after, the Bardogs became resident performers at the legendary Pretty Poison club, where they frequented the fast growing skateboarding scene of Canggu. Those crowded performances led them to headline gigs several times at popular venues like Deus Ex Machina, Old Man's and Single Fin in front of more than 600 people. The band has also been performing for targeted rock and blues audience at Hard Rock Cafe, New Lazer, The Orchard and many more. As they just recorded their debut album in 2018 to be released in March 2019, The Bardogs decided that it was time to finally go next level and take their soulful addictive melodies and catchy riffs to Europe, starting by a tour in France where they already have solid connections and expressions of interest Southern Soul is a fantastic Southern Rock album with soul and gospel. Sail Away clearly defines the ambitious spirit of the band, and their will to defy borders and cultural limitations that they are facing on their way to the top. Corona on the other side is a soulful southern ballad that reflects the melancholic dimension of the Bardogs music. Colorado, anthem of the band that never fails to set the audience onfire, is a mix of those feelings of love and optimism no matter the obstacles.
back to top