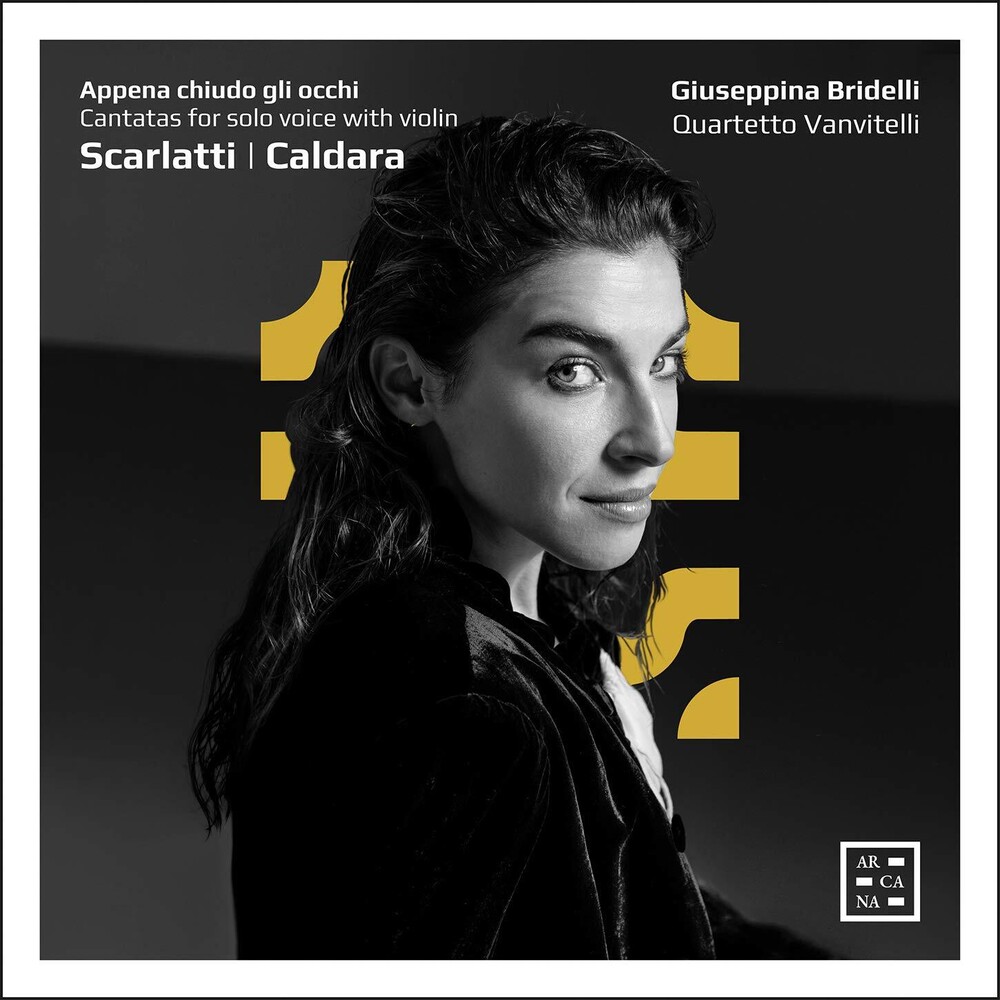 After the success of Duel (Opera Choice in BBC Music Magazine, Disc of the Month in Opera magazine, etc.), Giuseppina Bridelli presents a new solo project alongside the Quartetto Vanvitelli (recently awarded '5 Diapasons' in the magazine Diapason for it's second recording, devoted to the violin sonatas of Michele Mascitti), in which she tackles the fascinating world of the Italian chamber cantata for voice, continuo and solo violin. Appena chiudo gli occhi (As soon as I close my eyes) is the title of a musical voyage across the vast ocean of cantatas composed by two giants of early eighteenth-century music, Alessandro Scarlatti and Antonio Caldara, interspersed with an instrumental premiere by Giuseppe Valentini. The careers of the two composers intersected in 1708 in Rome, the heart of musical production and patronage, and continued in two of the principal European capitals: Scarlatti in Naples and Caldara in Vienna. The unusual scoring of these cantatas displays intimacy of sound and variety of timbre, as well as great attention to the individual melodic lines, aspects that more rarely emerge in pieces composed for more substantial forces.