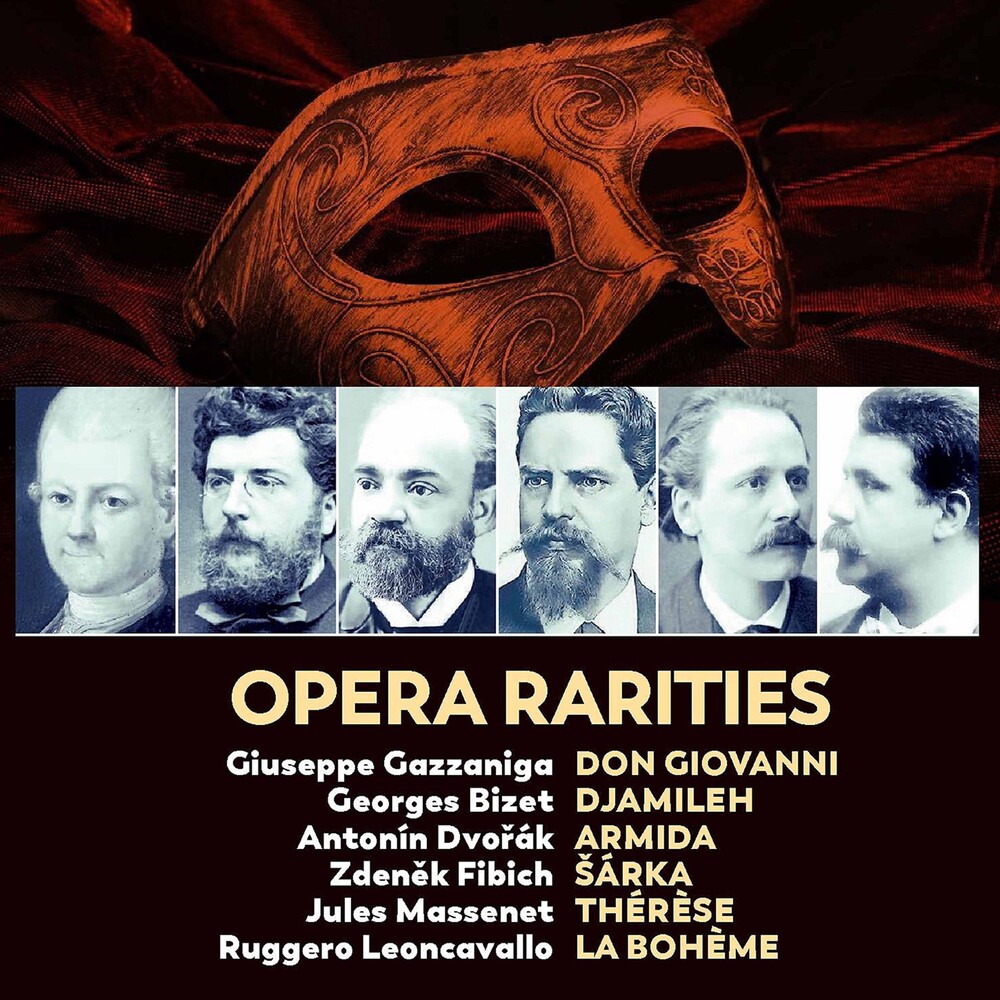 On the dark side of fame awaits the slide into obscurity. That's certainly true for a number of operas that, while popular and highly lucrative during their composers' lifetime, soon followed their creators into the shadowy realm of oblivion. Operas, for example, that only ever get mentioned in connection with some much more famous sibling. Giuseppe Gazzaniga's Don Giovanni - premiered half a year before Mozart's masterpiece - is such an example, as is Ruggero Leoncavallo's La Boheme and George Bizet's Djamileh, widely considered the predecessor of Carmen. Other operas just do not stand out among other works by a composer - Jules Massenet's operas for example are hardly a footnote of music history, his opera Therese, a thoroughly forgotten work, however, is. Two examples for works that are scarcely performed or even known outside of what is now the Czech Republic are also included in this collection of Opera Rarities on ORFEO: Dvorak's last opera Armida and Zdenek Fibich's sarka.