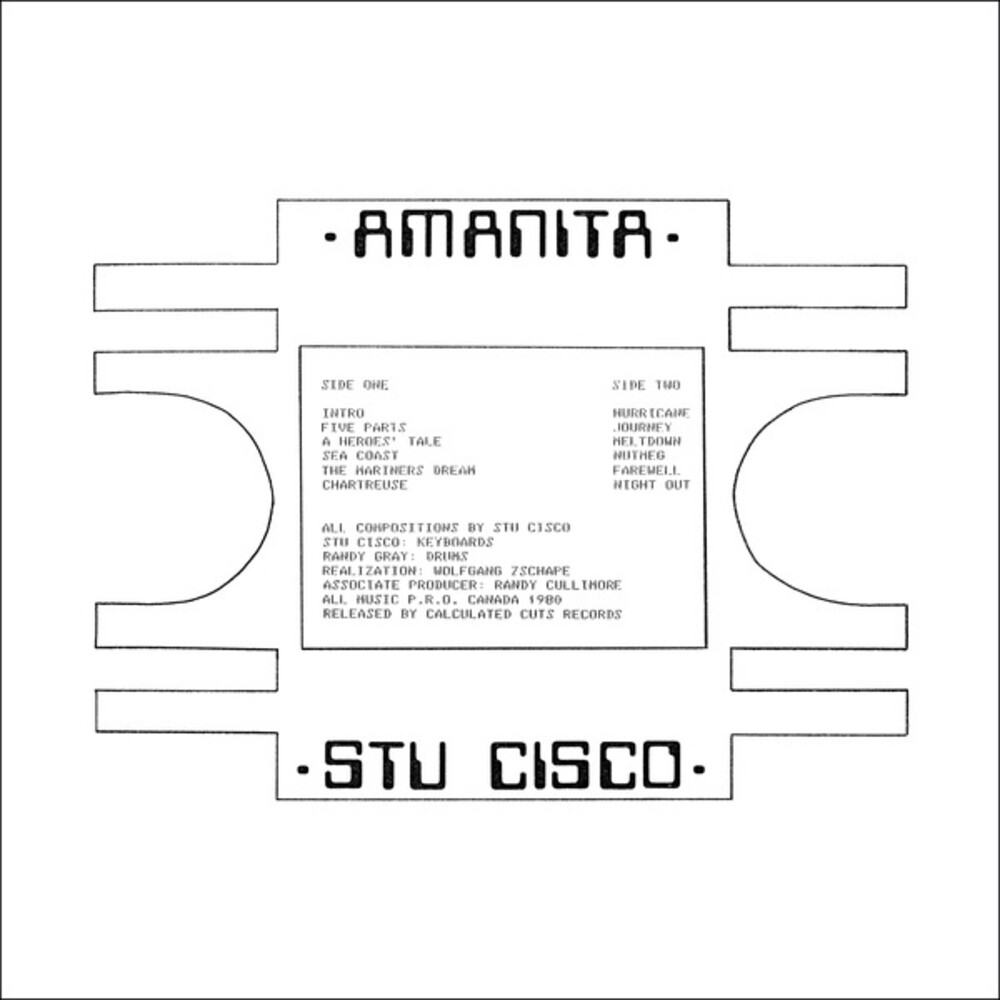 Originally released in 1980, 'Amanita' is an early approach of Canadian artist Sherine Cisco, formerly known as Stu Cisco, to the limitless world of synthesizers in music, through ambient, progressive rock and drone noise.A unique combination of ambient, progressive rock and even drone noises and space-age that converged in 'Amanita', her first full album and a piece of music history. This LP marks a milestone in the investigation, experimentation and evolution of musical instruments, where the Mini Moog demonstrated it's versatility and creative potential, opening Sherine to a path of limitless possibilities.By the time 'Amanita' was first released in 1980 (only 300 copies were pressed at the time), Sherine had been playing synths for seven years. But far from acknowledging how traditional instruments were played, she tried to do things her own way, creating moving landscapes and a unique language of sound. This DIY approach to music was, as well how the album was made, in her own studio, with synthesizers that were originally meant for live performances such as the Elka Rhapsody or the Elektro Harmonix, channeled through a Dokorder 4 Tape Recorder.However, what Sherine Cisco was living in her personal life, a gender transition, was as important to the record as the instruments she used to create it. "Beginning in the early 1980s, I began experimenting with taking the female hormone, estrogen. I felt like I was gradually being re-born. It affected my music, the mood of the music, and me, physically and mentally".