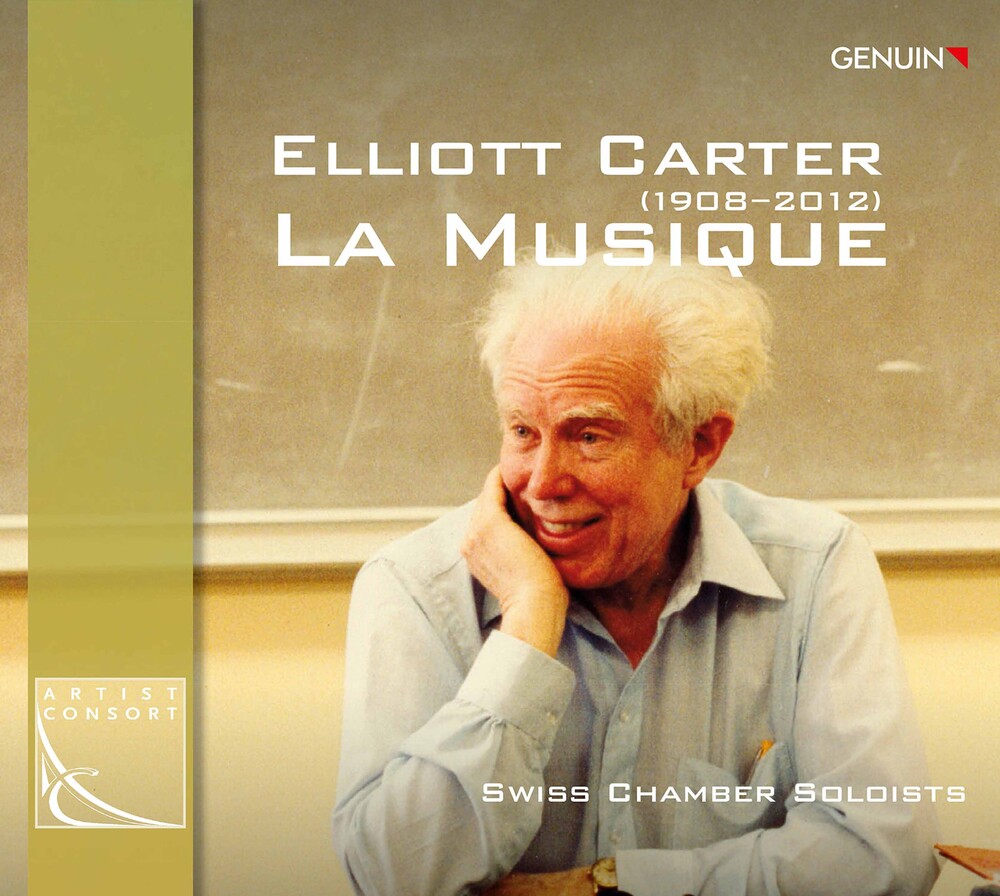 It is often said that Elliott Carter is the most European of all American composers. Without a doubt, the New York-born composer is one of the most interesting personalities of the New Music scene in the USA. His wide-ranging compositional output is complex, filled with philosophical and poetic allusions that range from orchestral and chamber music, solo instrumental and vocal pieces to his first opera, which he first wrote at the age of 90. He wrote his compositions from his head, without using any instruments, and many of his works were only heard at the premiere. For his 100th birthday, the Sonatina for oboe and harpsichord was premiered by Heinz Holliger and Peter Salomon and has now been recorded for the first time on GENUIN. With this recording, the Swiss Chamber Soloists honors the rich oeuvre of Elliot Carter - music that is full of elegance and transparency.