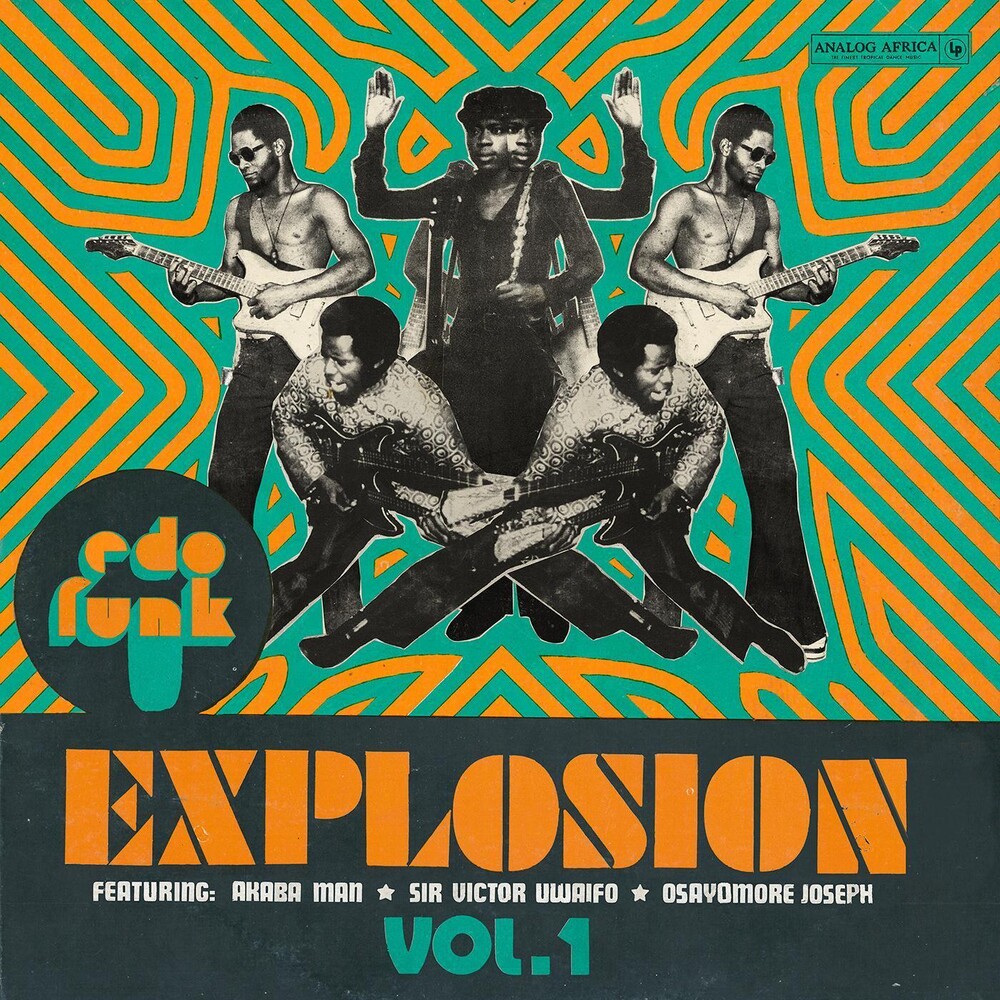 Vinyl LP pressing. I It was in Benin City, in the heart of Nigeria, that a new hybrid of intoxicating highlife music known as Edo Funk was born. It first emerged in the late 1970s when a group of musicians began to experiment with different ways of integrating elements from their native Edo culture and fusing them with new sound effects coming from West Africa 's night-clubs. Unlike the rather polished 1980 's Nigerian disco productions coming out of the international metropolis of Lagos Edo Funk was raw and reduced to it's bare minimum. Someone was needed to channel this energy into a distinctive sound and Sir Victor Uwaifo appeared like a mad professor with his Joromi studio. Uwaifo took the skeletal structure of Edo music and relentless began fusing them with synthesizers, electric guitars and 80 's effect racks which resulted in some of the most outstanding Edo recordings ever made. An explosive spiced up brew with an odd psychedelic note dubbed "Edo Funk".