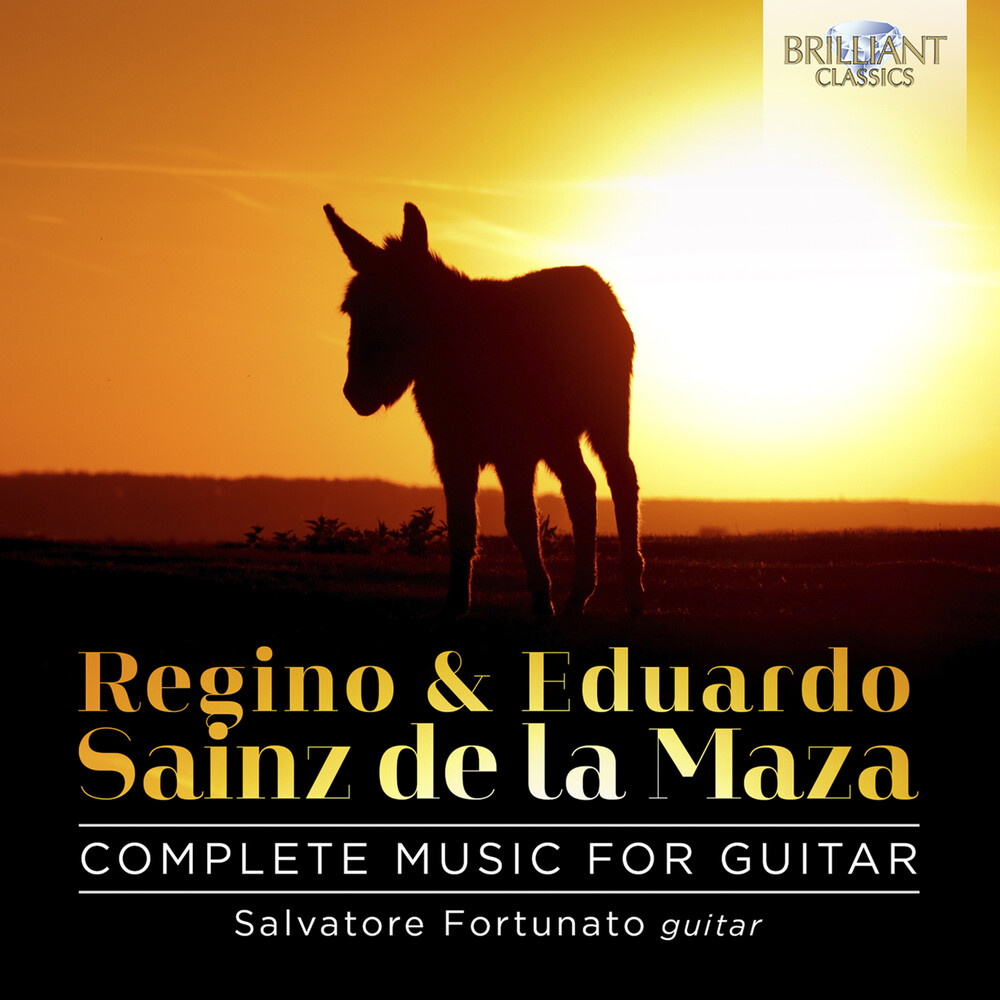 Brothers Regino (1896-1981) and Eduardo (1903-1982) Sainz de la Maza were arguably the greatest exponents of the guitar in the 20th century. This exceptional recording highlights the great differences in their music, and thereby also the versatility of the guitar, able to inspire such contrasting expressions from two composers belonging to the same time, the same nation, even the same family. Regino's virtuosic spirit was apparent from the start, and in a short time his technical skill had made him a fixture in concert halls across Spain, and by the end of the 1920s Regino already had toured Argentina, Uruguay, Brazil, Germany and England. In 1930 he accepted a post as guitar teacher at the Madrid Conservatory, and in 1940 he premiered the famous Concierto de Aranjuez, dedicated to him by it's composer, Joaquín Rodrigo. Regino's own works are characterized by a strong national character: his 'Zapateado', 'Seguidilla', 'Rondeña' and 'El Vito' are a 'manifesto' of 20th-century Spanish guitar composition, with writing that is always idiomatic - 'made to measure' for the guitarist. Regino's younger brother, Eduardo, has a completely different style and character. As a youth, Eduardo was overwhelmed by Regino's talent and decided to study cello instead at conservatory and play guitar only privately. He would give up the cello in 1930 and finally devote himself to the guitar, but with an introverted personality unlike his brother's he had retired from the concert stage by 1960, devoting himself entirely to teaching and composition. Stylistically also very different from his brother, Eduardo's music does not rely on virtuosity, but is instead rich in harmony, combining Spanish nationalism with jazz and, above all, impressionism.