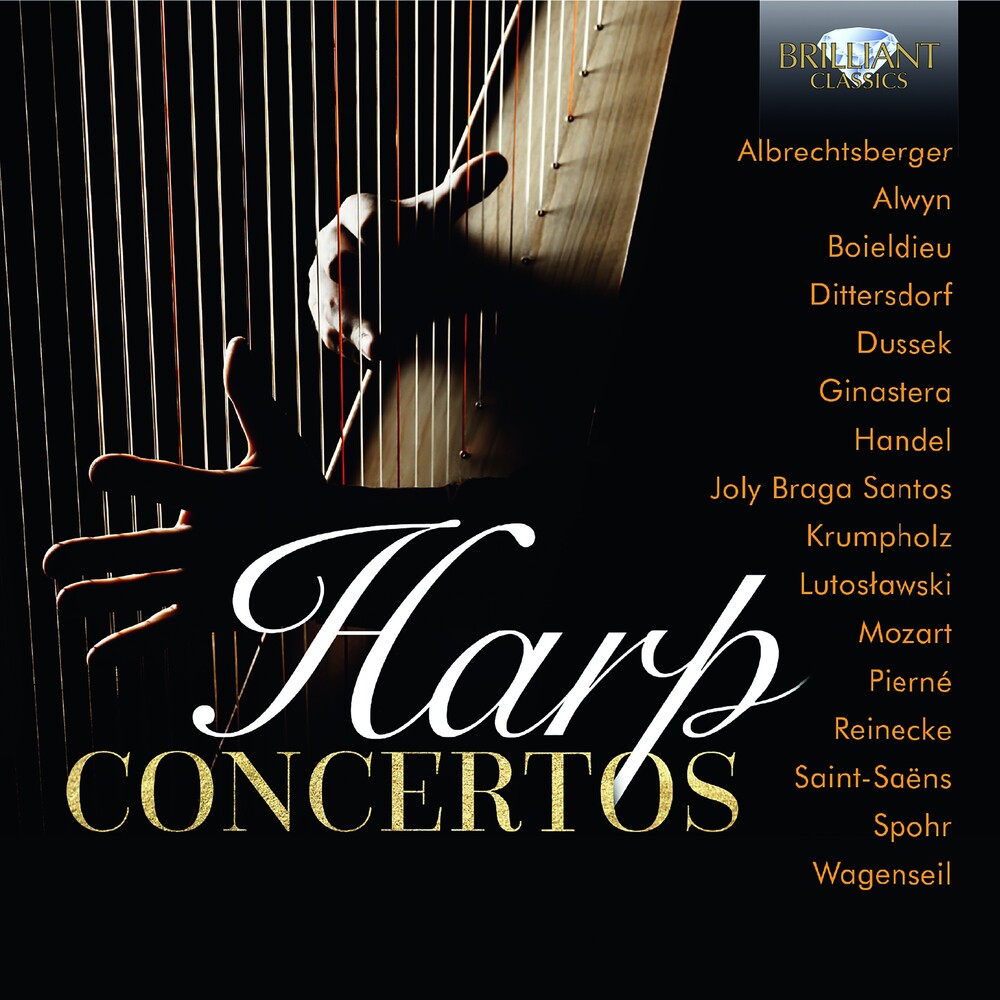 The harp is an ancient instrument, with origins in the antiquity of perhaps many civilisations, and the modern orchestral harp is the culmination of a long evolution in form and technology. It's role has evolved as well, from that of solely an accompanimental and chamber instrument in the realm of folk music into a core member of the symphony orchestra with a repertoire of classical music by celebrated composers. This attractive set of 17 works for harp concertante by 16 composers chronicles the instrument's arrival and increasing acceptance on the orchestral stage. Many of the 18th-century works included here feature the harp for extra-musical reasons or as an alternate instrument to a keyboard. Handel's, later bundled in with his other Organ Concertos, was originally for harp, written to evoke the ancient sound of the lyre in his Alexander's Feast. Mozart's Flute & Harp Concerto was written especially for a father and daughter who played those instruments. Wagenseil's was for keyboard or harp, and Dittersdorf's is an arrangement of a keyboard concerto. These fine pieces nevertheless laid a foundation for contemporaries and slightly later composers to embrace the harp for it's own characteristics. Albrechtsberger, a teacher of Beethoven, had a penchant for solo instruments that were unusual in his day. Boieldieu relied on the harp's colorful timbre in his many comic operas and would in turn write a number of concert works for the harp, the Concerto in C being one of the finest in the instrument's repertoire. In the cases of Dussek and Spohr, their loved ones - their wives, and Dussek's mother, sister and daughter - were harpists, encouraging these two remarkable composers to channel a fair amount of their considerable talent into music for the instrument.