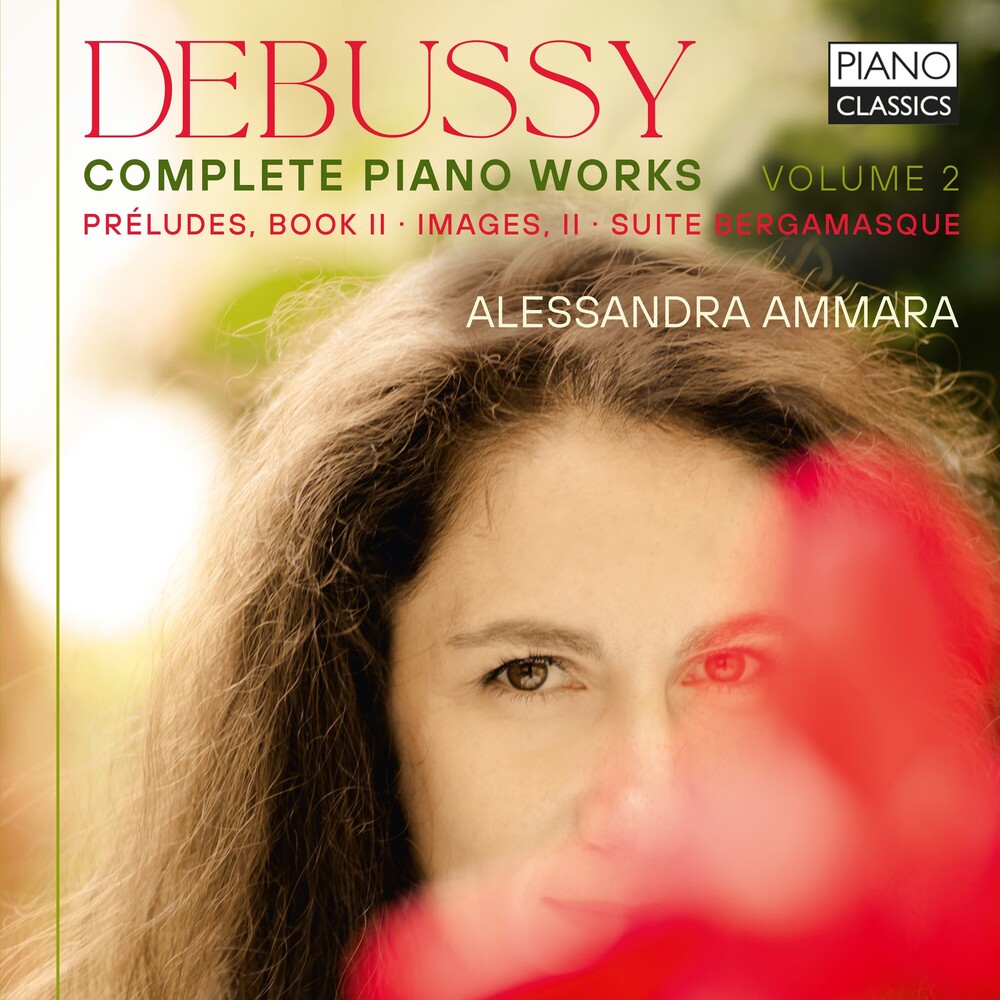 In 2016 Alessandra Ammara won high praise for an album of Mendelssohn duets with her husband Roberto Prosseda. The following year her Piano Classics debut of Debussy inspired no less glowing reviews. The sequel elegantly completes her recordings of the Préludes and Images with their second volumes, coupled with the more innocent pleasures of the Suite Bergamasque. Thus the album spans Debussy's first and penultimate published piano cycles, for while the Suite appeared in print only in 1905, it was composed back in 1890. In their titles, three of the four movements - a Prelude, Minuet and Passepied - invoke the formal elegance of a Baroque dance suite, but the elusive character and freedom of the music owes more to the poetry of Verlaine, who used the archaic 'bergamasque' term in his poem Clair de lune, which as the suite's third movement became Debussy's single greatest hit. In both the Images and Préludes, Debussy invested their second volumes with darker, gloomier tone-colors and higher contrasts with wild outbursts and even manic humor. The portraits of individual characters and landscapes are more sharply drawn, more charged with private intensity. They make accordingly greater demands upon the interpreter, nowhere more so than in the dark, wild magic of the 'Feux d'artifice' - Fireworks - which close out the Préludes. The three Images in Book 2 are linked by their association with the Debussy's friend Louis Laloy, and by extension with their mutual fascination with China and the alien world of East-Asian culture. The bells in 'Cloches à travers les feuilles' ring from the church in Laloy's home-town; the title of 'Et la lune descend sur le temple qui fut' was proposed by Laloy himself, and the goldfish - 'Poissons d'or' of the triptych's final panel - swim and shimmer through much Chinese lacquer artwork.