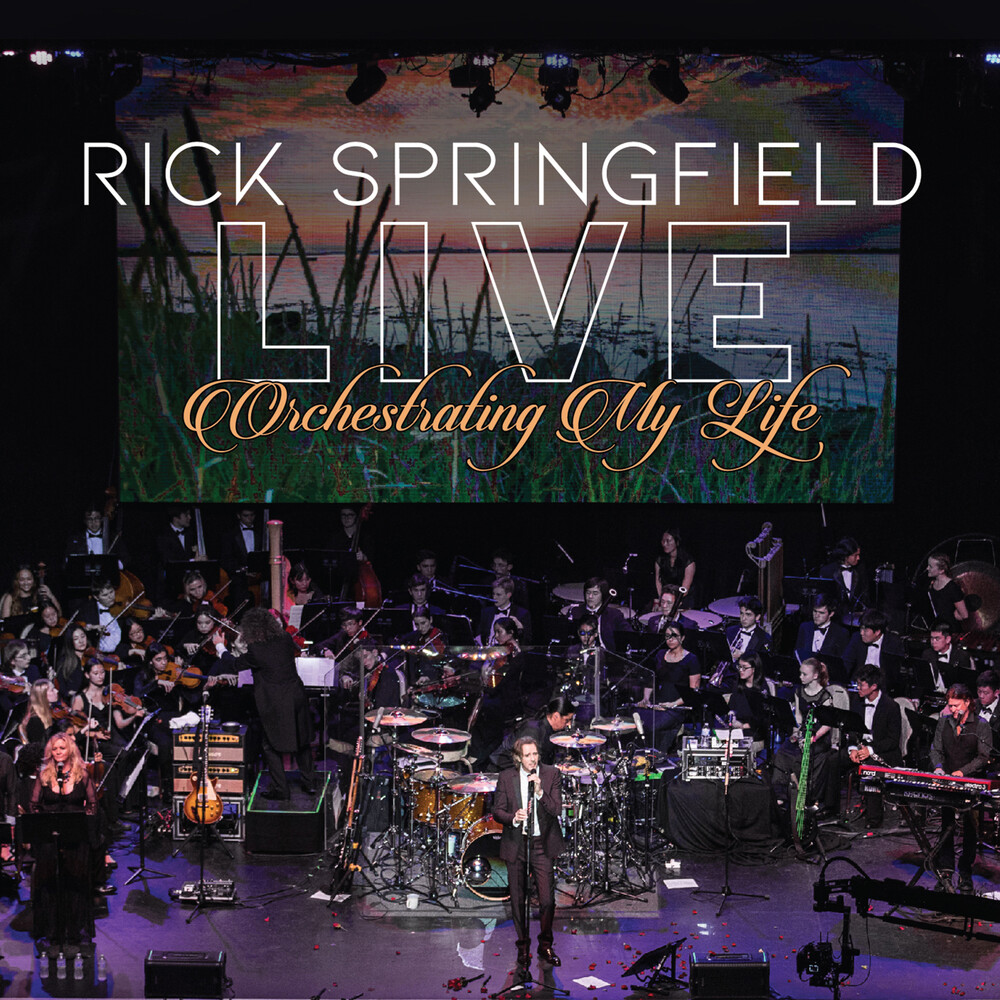 'Orchestrating My Life' was a career-defining re-visitation of a lifetime of hits from Australian-born rocker Rick Springfield. The album, released April 26th 2019 featured all the hits you know re-recorded with a mix of rock and orchestral arrangements. The album was premiered live to a sold out crowd at LA's Saban Theatre on March 30th 2019. Rick was accompanied on stage by his own high-energy band and the award-winning 100-piece Santa Monica High School Orchestra, conducted by maestro Wolf Kerschek.... and now we present the Live recording of that electrifying event. Included of course, are all the hits; Jessie's Girl, Human Touch, I've Done Everything For You, Don't Talk To Strangers and more. Rick Springfield began playing in bands in his native Australia at an early age. The success of his solo debut brought him to Los Angeles, where he acted in television roles and released three albums with little success. While playing the handsome doctor Noah Drake on General Hospital, he also released the seminal album "Working Class Dog" that included the hits 'Jessie's Girl' 'I've Done Everything For You' and 'Love Is Alright Tonite'. "Jessie's Girl" also won him the Grammy in 1982 for "Best Rock Male Vocal Performance". Rick went onto to have a string of successful albums in the 80s which featured hits including 'Don't Talk To Strangers', 'Love Somebody', 'Human Touch' and 'Affair Of The Heart'. Rick also is also known for his acting including roles in "Hard To Hold", "Ricki And The Flash", (co-starring opposite Meryl Streep) "True Detective" "Californication", "Supernatural" and recently "The Goldbergs". "Orchestrating My Life" released in 2019 will be Ricks seventeenth studio album. He has also written two New York Times Bestselling books; his autobiography 'Late, Late At Night which Rolling Stone "One of the best 25 autobiographies of all time" and his first novel 'Magnificent Vibration'. Rick was awarded a star on the Hollywood walk of fame in 2014