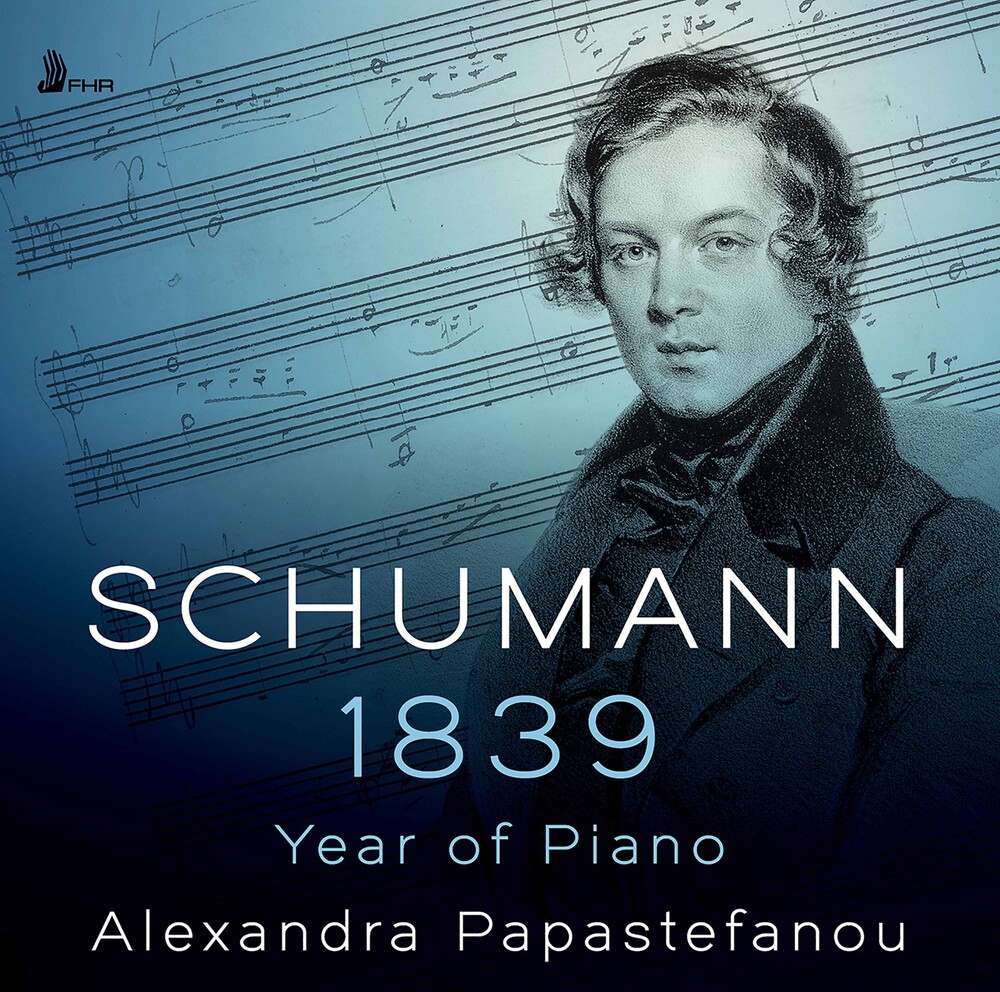 1839 was Schumann's most productive year of writing for solo piano, and the last year he wrote a major work for piano solo. The following year, Schumann wrote no works for solo piano, focusing a new energy in writing songs. 1840 is famously known as his 'Year of Song' (Liederjahr), hence our coined title 'Year of Piano' with all the works on this album, apart from 3 Stücklein, written in 1838. This is Papastefanou's third album for FHR. Alexandra Papstefanou graduated from Athens Conservatoire, where she studied piano under Aliki Vatikioti. She followed her studies with Olga Zhukova at the Moscow Tchaikovsky Conservatory, with Peter Solymos, at the Franz Liszt Academy of Music in Budapest and, on a scholarship from the Alexander Onassis Foundati on, at the University of Indiana in Bloomington, USA, with the highly infl uencial teacher György Sebok. She has also taken lessons from Alfred Brendel.