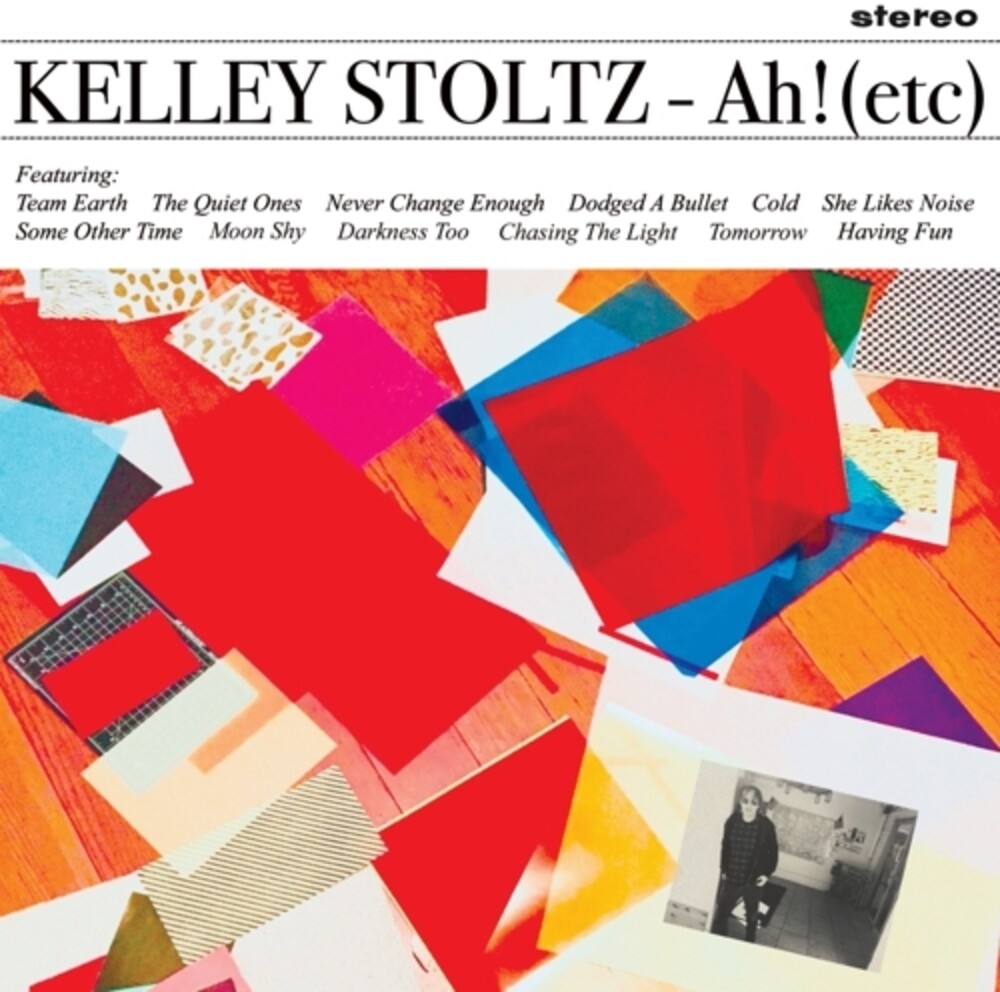 "I was guzzling wine at my favorite bar in San Francisco, the Rite Spot, and the entertainment that night was some local opera singers singing along with a big video screen showing a collage of various operatic moments with subtitles. One particular subtitle, 'Ah! (etc)' made me laugh, I thought it was a perfect description of life-the joy of existence against the etcetera of it all, the struggle. With a heavy head of rosé it seemed like ecstatic poetry! I scribbled it on a napkin and thought it might make a good title for something" And so the mystery behind the title of Kelley Stoltz's new record is solved. Less of a mystery is the quality contained therein: after twelve releases and a several more under pseudonyms, Stoltz is the word for "one-man-band-home-recording-pop-songs of idiosyncratic character." A quick follow up to his more power pop and pub rock LP only Hard Feelings offering in the summer, Ah! (etc) finds Stoltz returning to his sweet spot, writing songs that never were, but should have been in the '60s and '80s. As with other releases, Stoltz makes virtually every noise on the album which was written and recorded in 2019 at his Electric Duck Studio in San Francisco. A few friends popped in to play along: Stoltz former bandmate, Echo & the Bunnymen's Will Sergeant adds electric guitar to "The Quiet Ones" a sort of Scott Walker lyrical take on strangers and neighbors. Karina Denike formerly of Dance Hall Crashers adds gorgeous vocals on the bossanova groover "Moon Shy", where Sergeant pops up again in a spoken word role on the outro. Allyson Baker of SF's Dirty Ghosts sings on "She Likes Noise", a song Stoltz wrote for her in celebration of her love of seeing live bands.