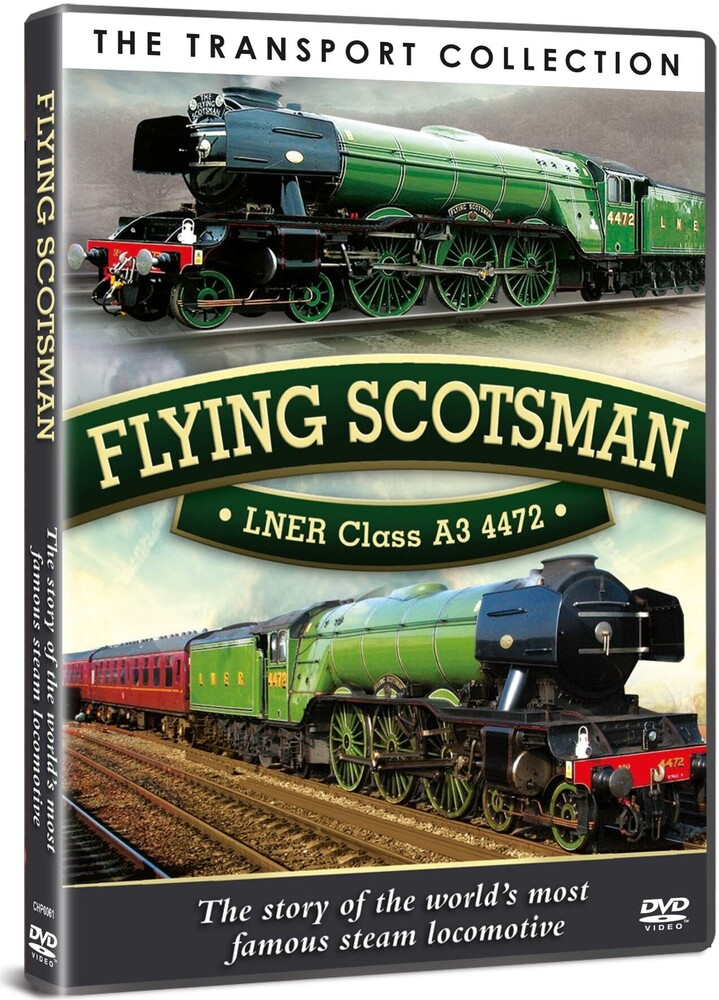 "Flying Scotsman" is known as the most famous steam locomotive in the world. There are few people who have not heard of this magnificent machine, but far fewer know the complicated story of how "Flying Scotsman" became a National Treasure. Illustrated by evocative footage of the engine working on the British railway network in various guises, this programme traces the story from the time when the locomotive returned from Australia after achieving it's most recent record - the world's longest non-stop run behind steam - up to it's acquisition by the nation and the National Railway Museum at York. In this programme we see "Flying Scotsman" with single and double-chimney fittings, "German" smoke deflectors and LNER Apple Green and "British Railways" Brunswick Green liveries, working from Carnforth in the North to Salisbury in the South, as well as on the "Ride the Legend" excursions to Scarborough.