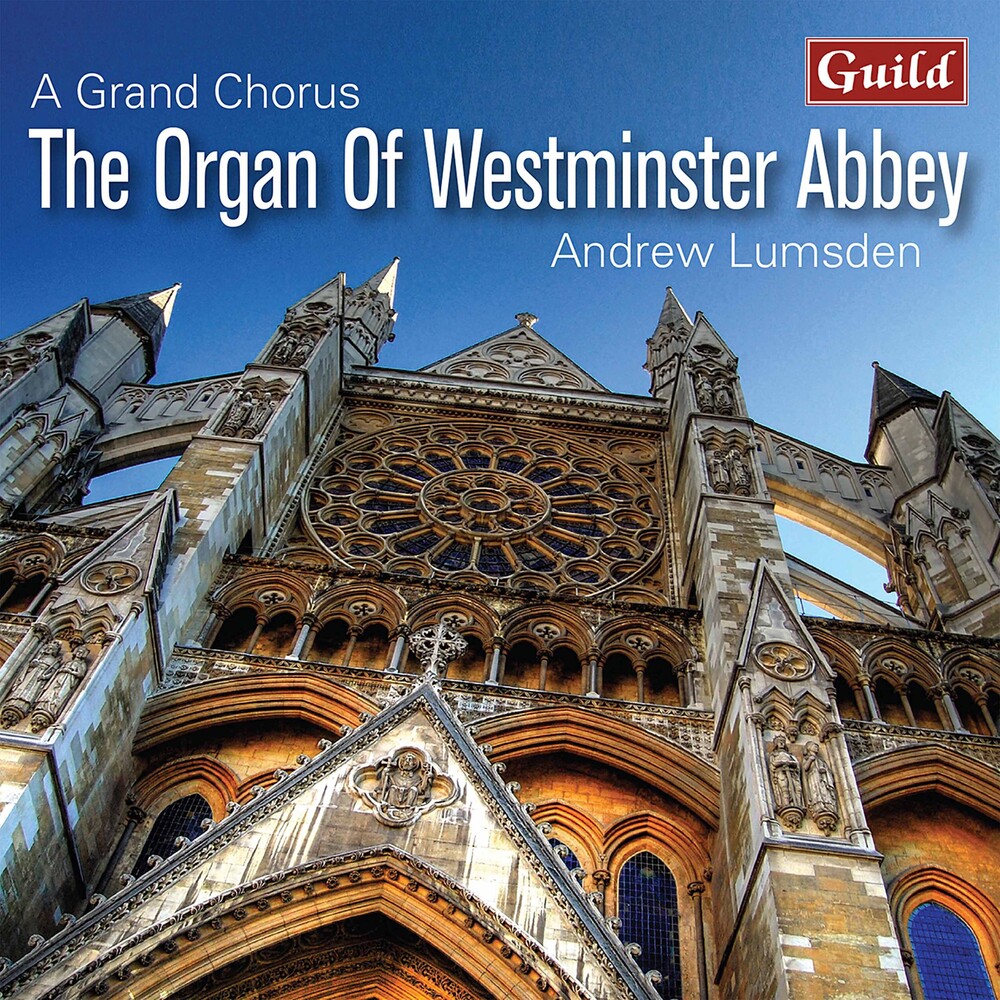 Think of the term "A Grand Chorus" at Westminster Abbey, and what comes to mind? Perhaps the voices of massed choirs, as heard in historic performances of Handel's Messiah, or in the pomp and pageantry of the Coronation Services. But there's another Grand Chorus heard in the Abbey, day in and day out - the 6907 pipes of the 131 stops at the Abbey organ, spread over five keyboards (manuals) and the foot-pedals. Whatever the occasion, the Abbey organ is played - from the daily sung services to those spectacular outgoing voluntaries we have all heard at so many national and royal events. Now, on this recording, we bring you organ music across four centuries, much of which has close associations with the Abbey, or has been written by composers associated with this great building. Born in 1962, Andrew Lumsden was educated at Winchester College and The Royal Scottish Academy of Music and Drama before going up to St John's College, Cambridge as Organ Scholar. Whilst there, he was assistant to Dr George Guest in training the Choir and in playing the organ for services, concerts, broadcasts and tours. After three years as Assistant Organist at Southwark Cathedral, he was appointed Sub-Organist at Westminster Abbey. In 1992, Andrew Lumsden was appointed Organist and Master of the Choristers at Lichfield Cathedral. He oversaw the complete rebuilding and extension of the Cathedral's Hill organ by Harrison and Harrison, which took 21 months to complete. In September 2002, he took up his current appointment as Organist and Director of Music at Winchester Cathedral, succeeding David Hill.