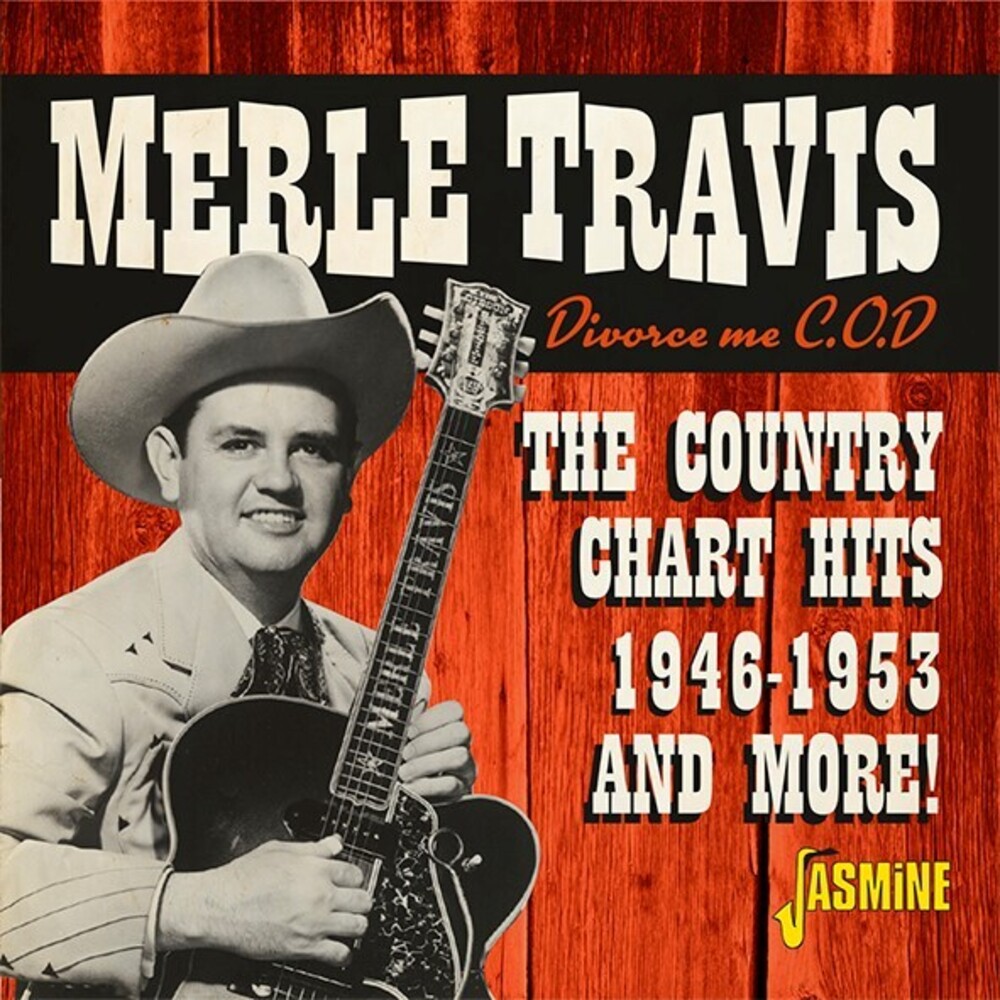 Singer, songwriter, actor and refiner of a guitar style that influenced a generation of country guitarists, Merle Travis (1917-1983) was a key figure in the establishment of California as a major centre for country in the days when it was still called Hillbilly Music. The records he made between approximately 1946 and 1956 were immensely popular and sold in quantities that would still be impressive even now. Ear-friendly, frequently humorous and standing the test of time, it's Jasmine's pleasure to bring you the very best of them in a collection of Merle's very best singles from his halcyon era. This compilation features all of Merle's Billboard Country Chart hits from the 1940s, his ground-breaking "Songs From The Hills" album (originally issued as four 78s) and as many more of his classic Capitol sides of the era that could fit in the finite running time of a CD. Included among them are his original versions of his own songs 'Sixteen Tons', 'Muskrat' and 'Dark As A Dungeon' (made even more famous by Tennessee Ernie Ford, the Everly Brothers and Johnny Cash respectively) and hits that will be forever associated with Merle himself like 'Divorce Me C. O. D' and 'So Round! So Firm! So Fully Packed!' - all of them featuring plenty of that guitar style that to this day is known as 'Travis Picking' among those who strum. As always, remastered from the best possible sources and featuring a comprehensive biography of this major talent, it's a release that will truly enhance anyone's collection of vintage country music.