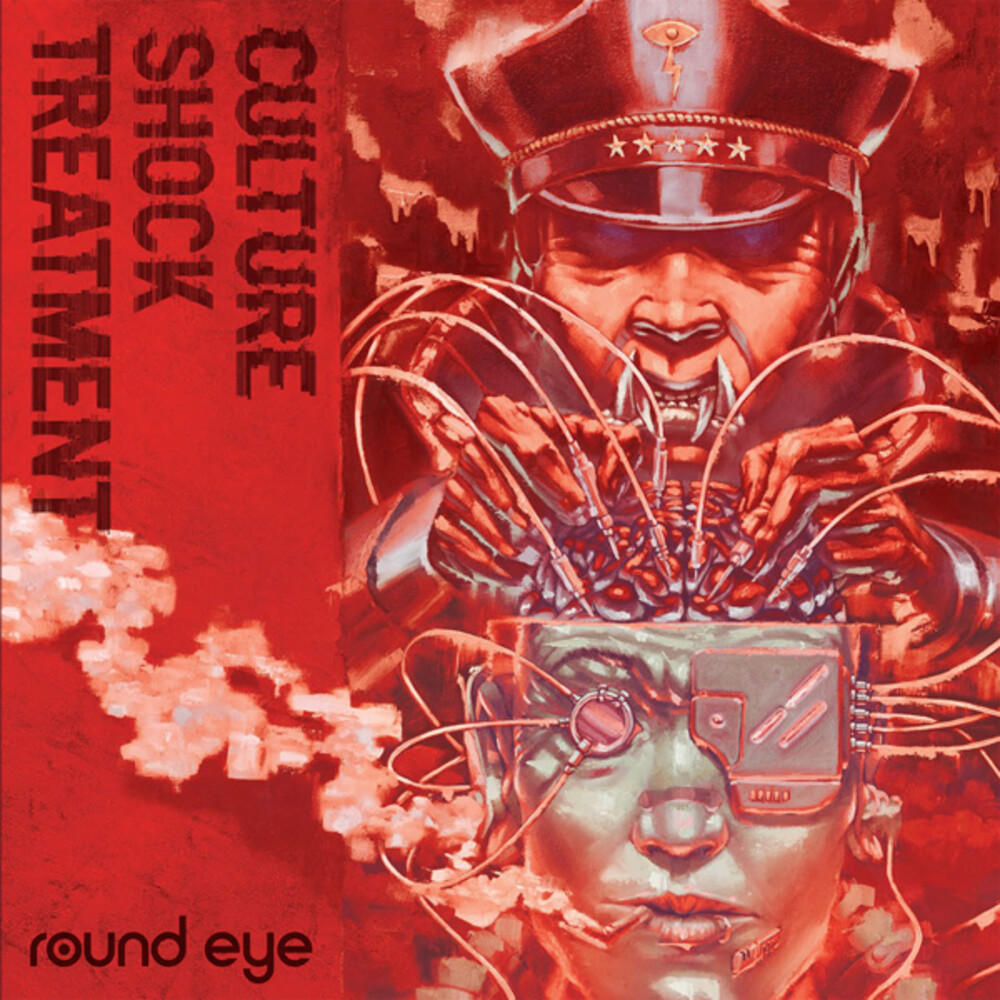 With their new album Culture Shock Treatment, Round Eye, the Shanghai-based band of ex-patriots, turn their demented focus on their own place of residence, The People's Republic of China, and fire on all cylinders. Physically released by Joey Shithead's (D.O.A.) Sudden Death Records, Culture Shock Treatment acts as a lysergic, nightmare-drenched punk rock protest record and direct criticism of the Chinese Communist Party, shining a light on the oppression of Hong Kong and the Uygher people, XI Jin Ping's growing influence and power on a global scale, the Ministry of Culture and it's methods of propaganda and surveillance-not seen since the cult of personality surrounding Mao Zedong during the Culture Revolution, and some comical cultural pitfalls one can experience while living in the "Pearl of the Orient."The experimental, sax-wielding, freak punk outfit continue to accrue a loud and controversial name for themselves since forming in 2012, and has as of late been a crucial force in bridging a wide gap between the eastern and western hemispheres of DIY punk rock. Along with blazing a trail all over the globe, they've played host to visiting western punks and some legends as well. Culture Shock Treatment, the band's third album and fourth release overall, continues the band's genre bending acumen through cultural satire with great success, along with some pretty harsh levity, and, being that this release was produced by none other than Mike Watt (Minutemen) and Bill Stevenson (Descendents, Black Flag) to boot, it sounds pretty incredible as well. Captain Beefheart, Dion, Black Flag and The Dickies have got fingerprints all over this thing. Let one hundred punk flowers bloom in the wake of this album.