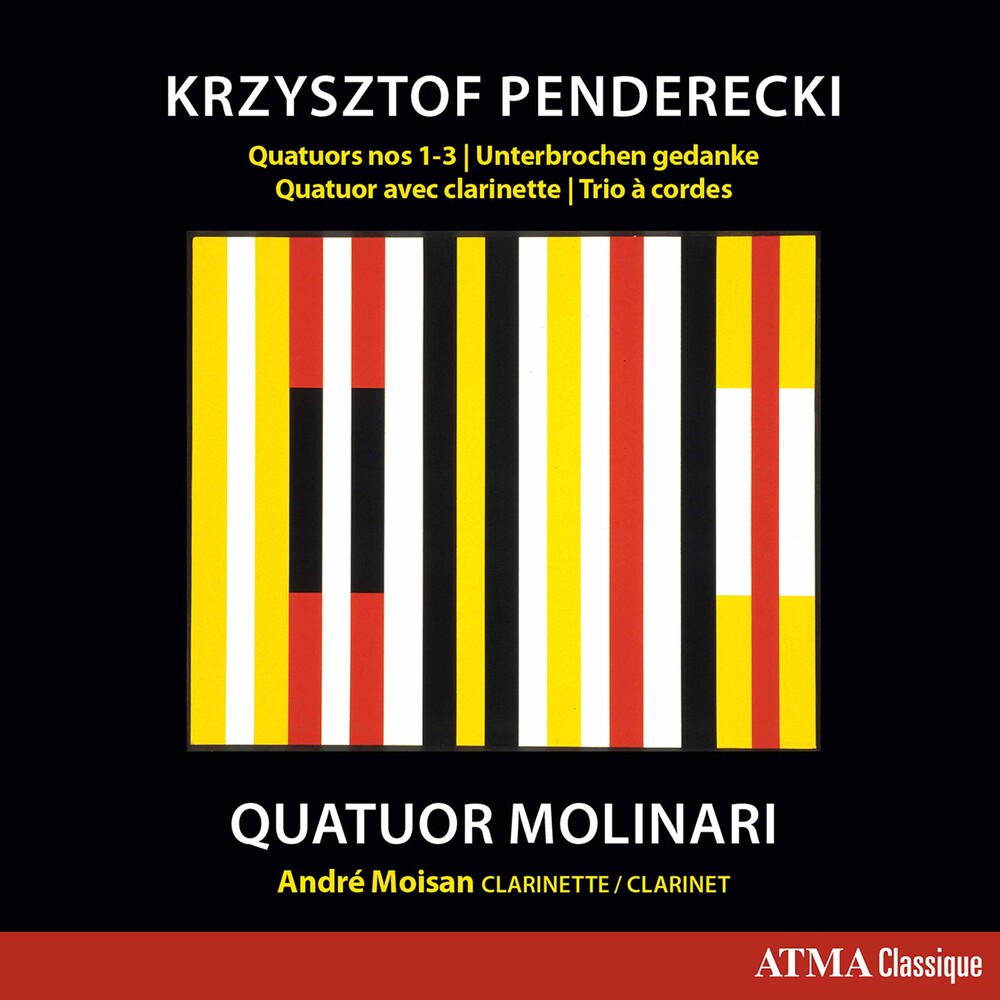 The latest recording by the award-winning Molinari Quartet presents Krzysztof Penderecki's major chamber music works, including three string quartets, a clarinet quartet, a string trio, and some short pieces for strings. An outstanding figure in contemporary Polish music, Krzysztof Penderecki died on 29 March 2020 in Krakow. His catalogue includes more than 160 works covering a wide range of styles, from sonorism to post-Romanticism, from folkloric to religious music, from dodecaphonism to tonal music. The Molinari Quartet has established itself as one of Canada's leading string quartets. Recipient of 20 Opus Prizes awarded by the Quebec Music Council for musical excellence on the province's concert stages, the Molinari Quartet as been described by critics as an "essential" and "prodigious" ensemble, even "Canada's answer to the Kronos or Arditti Quartet". The Molinari Quartet's recordings on ATMA Classique have received international critical acclaim including two Editors' Choice selections by Gramophone magazine and rave reviews from The Strad, Fanfare, and Diapason, among others. The ensemble's recording of the complete KurtĂˇg quartets has received a 2016 Diapason d'Or and the prestigious German2017Echo Klassik award for 20th and 21st century chamber music.