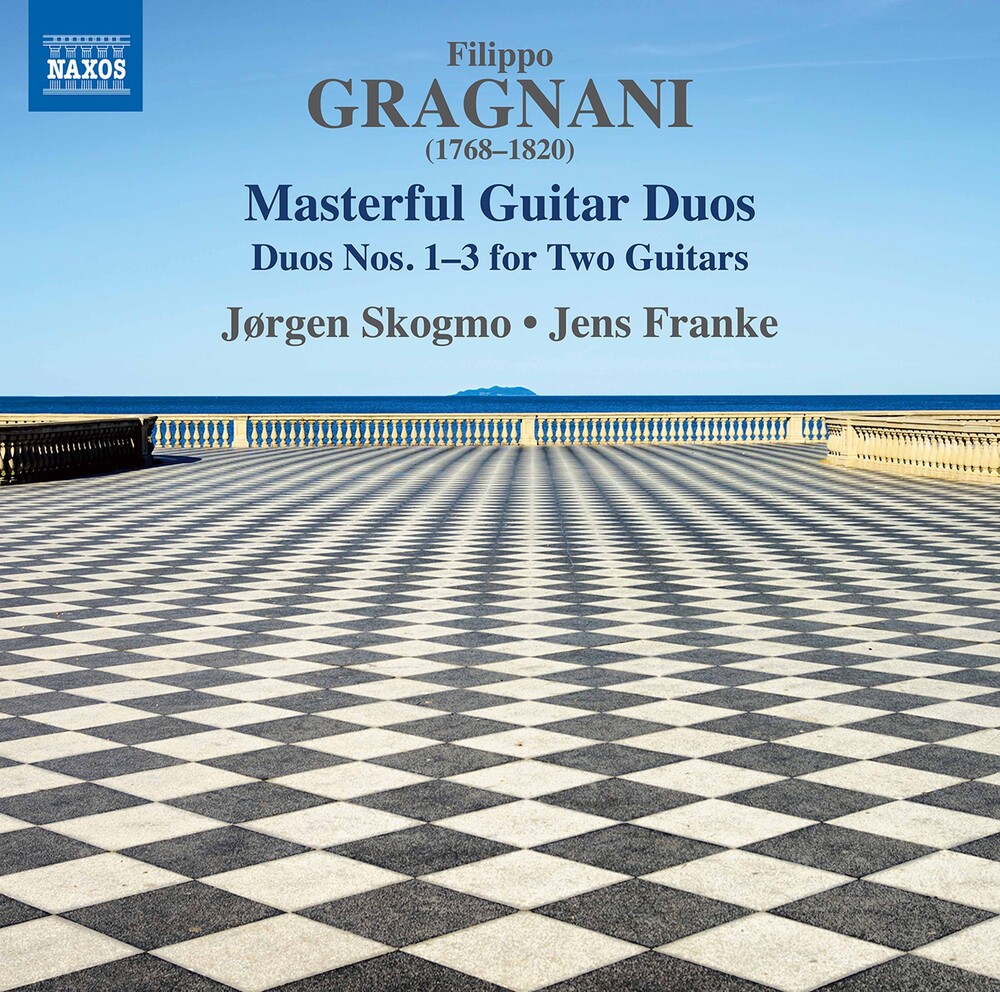 Little is known about the Italian guitarist-composer Filippo Gragnani, but he had a reputation as a 'skilled concert player', and composed his Duos for Two Guitars in the troubled post-revolutionary city of Paris. Aimed at professional players, the Duos stand as a testament to Gragnani's virtuoso technique and vivid imagination while presenting the utmost in stylistic taste and refinement. He gave both players concertante importance in these works, combining fin de siĂ¨cle Viennese rigor with a fresh Latin temperament, and using contemporary musical conventions with assurance to craft evocative cameos of time and place.