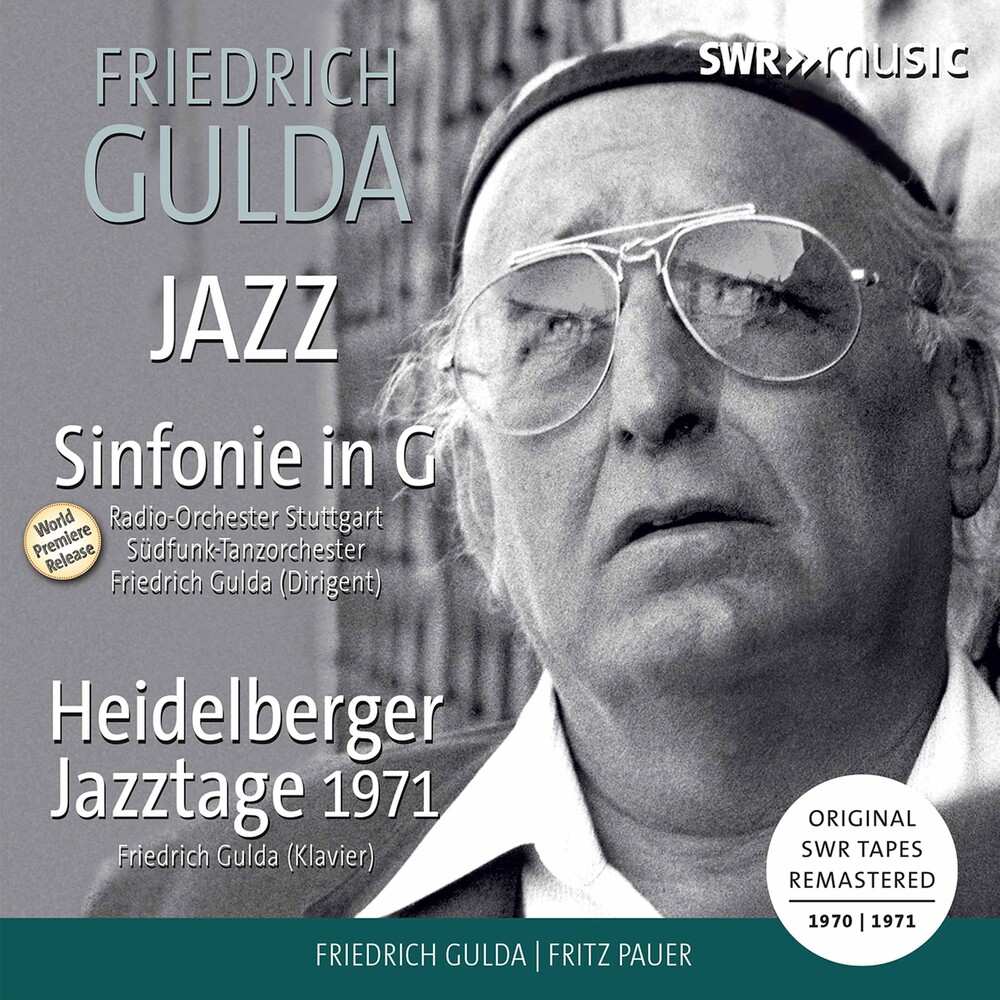 Gulda's "Symphony in G", presented on this album, was discovered in the SWR archive in the course of research for the release of all the recordings the Austrian pianist made for the German Southwest Broadcasting Corporation (SWR). Until now nobody actually knew that this work existed for there are no indications of Gulda being commissioned or of a specific occasion for which he might have composed this symphony. Therefore, one listens here to the world première of a piece which - apart from being recorded in the studio on 20 November 1970 - has never been performed in public. At the beginning of the 1970s Gulda gave concerts that exclusively featured his own compositions. This also applies to his performance at the Heidelberger Jazztage in 1971, released here for the first time digitally and on album. Almost all of Gulda's jazz works, though often based on classical forms, cannot be played without knowledge of improvisation so as to "keep them away from bunglers" (as the pianist himself put it). One of Gulda's few compositions without improvisation to be heard here is No. IV from the ten-part piano cycle "Play Piano Play". "Prelude and Fugue" was probably Gulda's favourite work and was the last piece of Gulda's performance in Heidelberg. An exception on this album is Fritz Pauer's "Etude." In 1966 Fritz Pauer won a prize in the jazz competition Gulda had initiated and so Gulda decided to include this work in the Heidelberg concert from 1971.