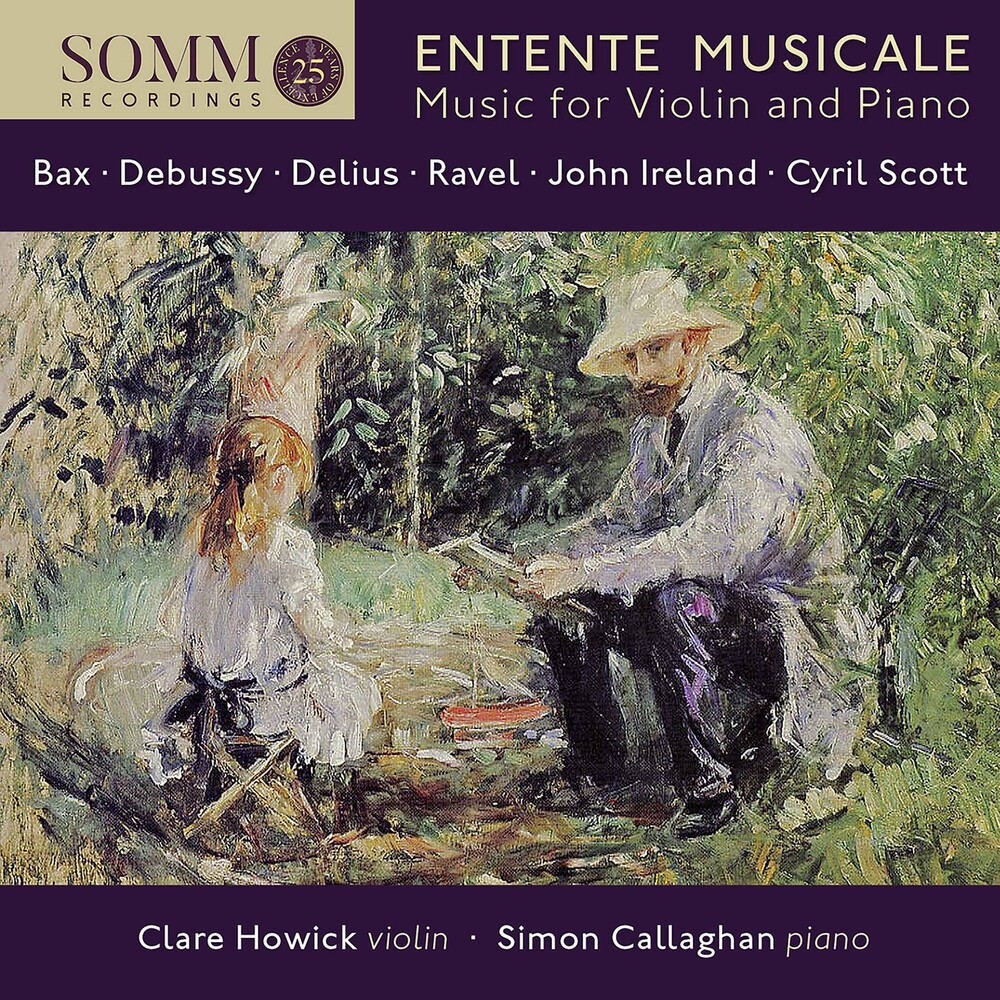 SOMM RECORDINGS is pleased to announce Entente Musicale, a celebration of Anglo-French music from the turn of the 19th and 20th centuries that sees violinist Clare Howick and pianist Simon Callaghan return to the label following their well-received collection of British Violin Sonatas. Perhaps no composer embodied the new spirit of comradeship and collaboration between England and France more enthusiastically than the Bradford-born, Paris-domiciled Frederick Delius. His Sonata in B major offers a becoming portrait of the then 30-year-old composer; youthfully dramatic with a growing virtuosity and vigor that makes it seem, as Robert Matthew-Walker notes in his erudite booklet notes, like the "extended and manifestly symphonic composition" it is. Composed at the same age, John Ireland's breakthrough First Violin Sonata combines Edwardian elegance with a hint of French Impressionism gleaned from Debussy - whose late, last Violin Sonata in G minor is a work of profoundly-expressed emotions - and Ravel, whose Pièce en forme de habanera is hauntingly memorable. While resident in Paris in the early years of the last century, Cyril Scott enjoyed cordial relations with Ravel and Debussy, who particularly admired his music. His Valse Caprice and arrangement of Cherry Ripe infuse well-mannered salon pieces with lithe French elegance. Similarly so, Arnold Bax's ever-popular picture-postcard Mediterranean in it's vivacious arrangement by Jascha Heifetz.