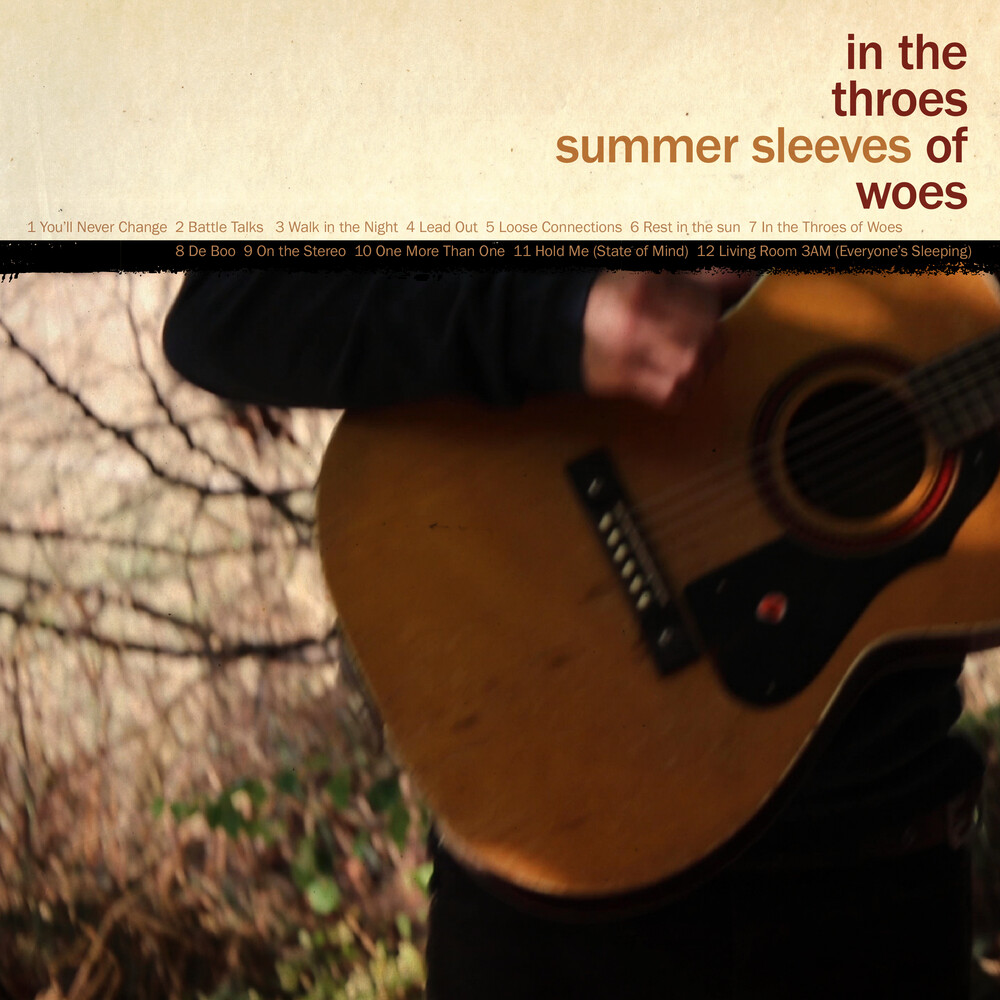 Summer Sleeves are a new band fronted by Jeremy Charbonneau, a Seattle-based multi-instrumentalist best known for his time in Smile Brigade. On their debut album, "In The Throes Of Woes", their sound is classic and timeless: strummy acoustic-based pop songs full of rich vocal harmonies that draw from that same deep well that nurtured Ray Davies, Gram Parsons, Chris Bell and Marshall Crenshaw. But at the same time, I can also hear similarities with slightly more current bands, such as Beachwood Sparks and the Sneetches. Heck, if you told me "Lead Out" was a Chris Murphy-penned OCTA-era Sloan demo, I absolutely would've believed you! And to top it all off, these twelve laidback songs are perfectly complemented by the production by Ethan Jones (ex-Math And Physics Club), who adds a palpable layer of warmth, because the only thing better than relaxing by the fireplace, is doing it with your favorite fuzzy blanket