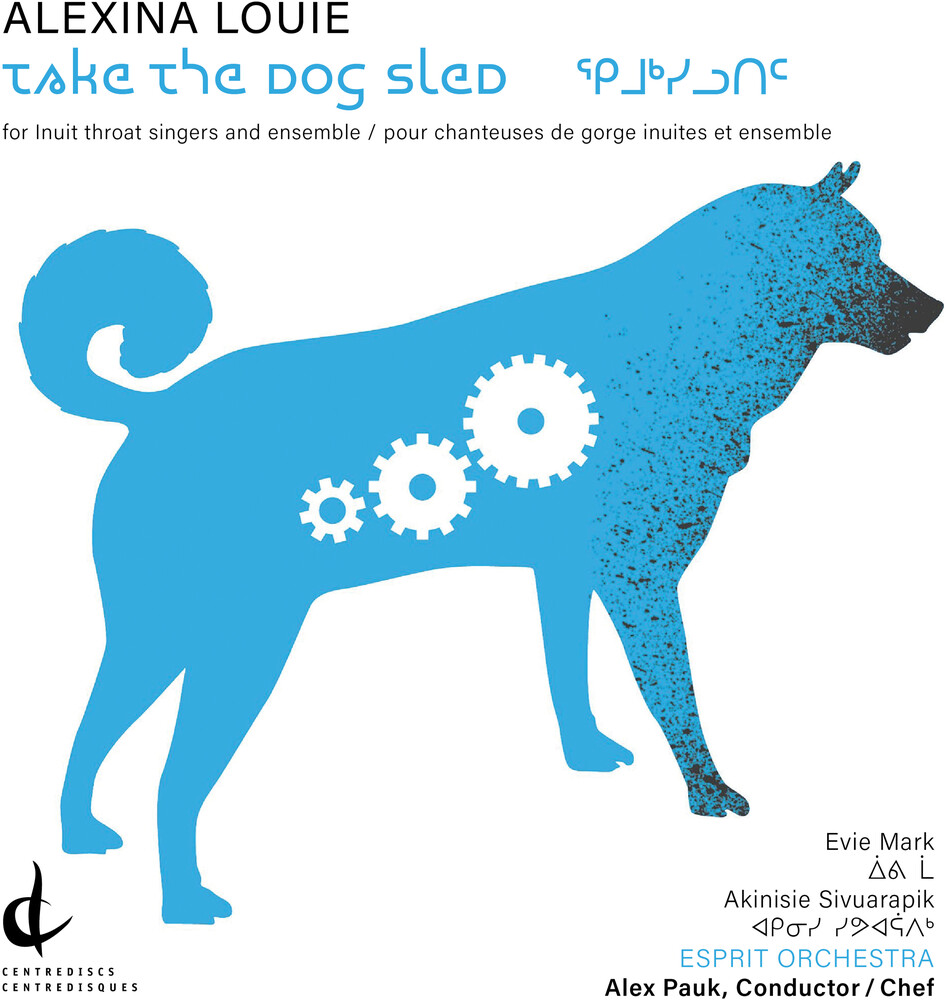 Take the Dog Sled (2008) was commissioned by Kent Nagano and the Montreal Symphony Orchestra. This new work for seven musicians and two Inuit throat singers was premiered during the MSO's first tour of Nunavik in Quebec's far North. This work honours both Inuit and Western musical traditions, integrating them seamlessly without one subsuming the other. The piece captures the joy, tenderness, and energy of life in the North, as well as the mystical quality of the land. Since it's premiere, the work has been performed numerous times by orchestras in Canada, the U.S., and Europe. Acclaimed Canadian composer Alexina Louie has collaborated with leading soloists, ensembles, and orchestras around the world. Her orchestral works have been performed by the San Francisco, Montreal, BBC, St. Louis, Toronto, and Vancouver symphony orchestras, as well as China's NCPA Orchestra, Beijing among others. Her compositions have been conducted by Sir Andrew Davis, Kent Nagano, Leonard Slatkin, Pinchas Zukerman, and Ingo Metzmacher. An Officer of the Order of Canada, Alexina Louie has received numerous awards for her lifetime of music creation. Esprit Orchestra was founded in 1983 by Music Director and Conductor Alex Pauk, and is Canada's only full-sized, professional orchestra devoted to performing and promoting new orchestral music. Inuit throat singers Evie Mark and Akinisie Sivuarapik are multi-disciplinary artists and teachers originally from Nunavik.