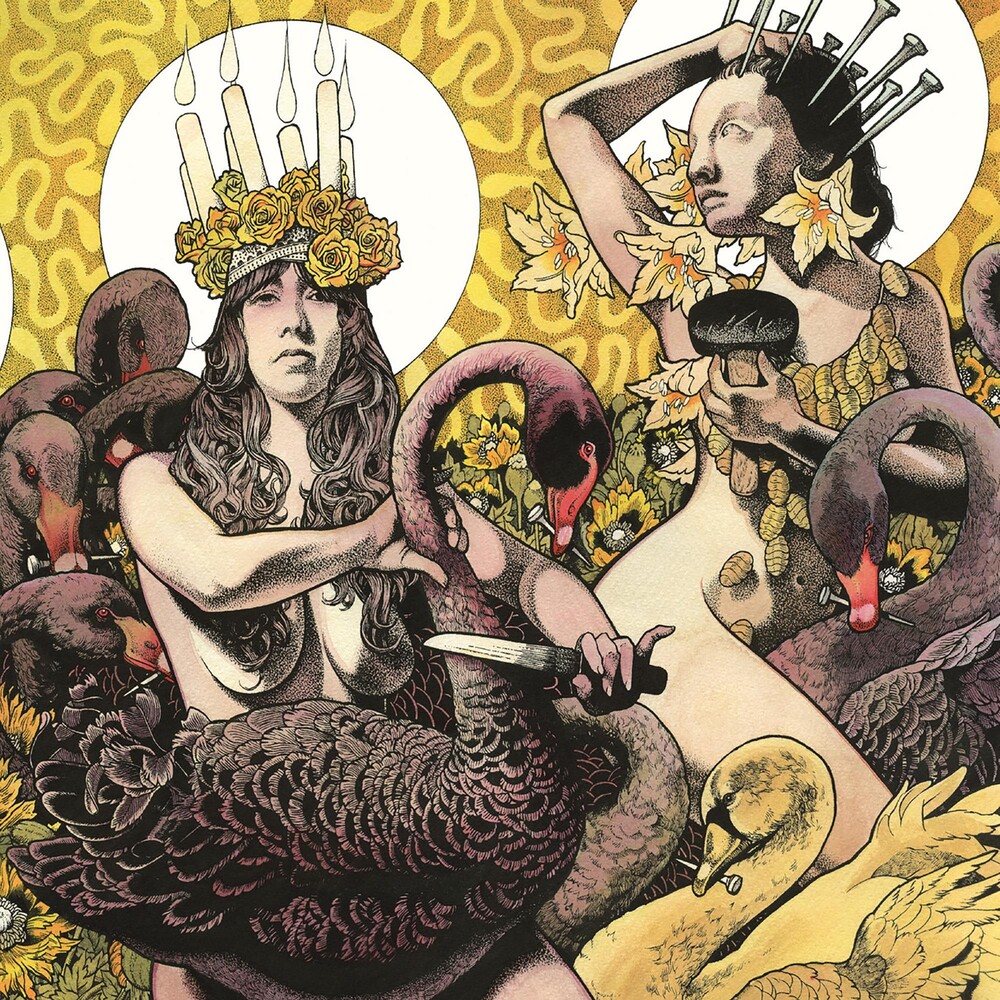 Reunited Baroness with Blue Record producer John Congleton (Explosions in the Sky, St. Vincent, Xiu Xiu), 2012's Yellow & Green finds the Savannah-based quartet as more than just giants of the metal underground, but now fully formed hard rock titans. Fans of the band have come to expect nothing less than constant evolution from Baroness and that is precisely what the band delivered here, but in ways no one could have anticipated: the hooks are immediately seared into your brain, riffs that take just one listen to fully lodge themselves in your consciousness and vocals that are sung both heavily and beautifully. Some songs are more delicate than Baroness ever hinted at before while others are straight up arena rockers, yet all along Yellow & Green is unmistakingly the Baroness that the world has come to love and look to for Record of the Year quality rock and roll.