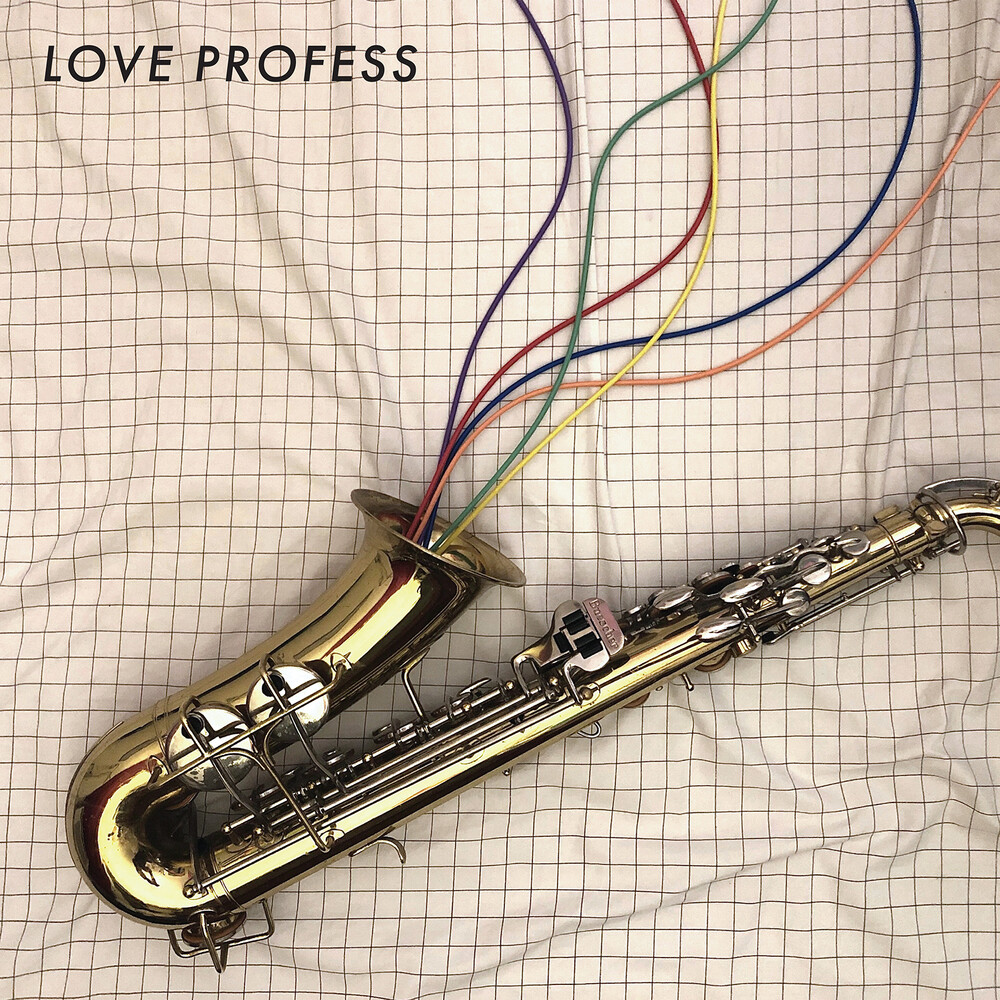 Mac Blackout, a.k.a Chicagoan Mark McKenzie has been on the fringes of the Chicago music scene for two decades now, whether blasting brains in scuzz-punk bands The Functional Blackouts & Daily Void or as wild-eyed frontman for glam-punks Mickey. While his solo recordings as Mac Blackout have traditionally followed along the same path of KBD-infused, sci-fi punk rock, his new instrumental solo album (and first for Trouble In Mind), "Love Profess" offers listeners a new side. "Love Profess" is Blackout's first solo album in seven years, the result of - in his own words: "... years of artistic growth and preparation. Five years ago I shifted my focus from music to visual art, embarking on a creative and spiritual journey, finding new and evolved artistic visions through many mediums." Indeed as his art career has blossomed, the creative musical ideas & a budding interest in free jazz & avant garde music have flourished & guided his output toward something altogether different; stripped down minimal pop songs & analog synth excursions laced with a healthy dollop of free jazz & avant-musical expression. Blackout says "This break from solo music creation resulted in years of internalized ideas, unexpressed energy, and the calling to explore new creative directions musically." These creative directions converged at the beginning of 2020 as Blackout began to record "Love Profess". From the opening exultation of "Wandering Spheres", longtime fans know they're in for something completely different; a rapturous wave of saxophone blasting forth gives way to a pensive electronic pulse and a tinkling of synthesized bells. "Forever" and "Call For Love" tick and drone like something off of Suicide's second album, the former's sweet melody & electric handclaps peppered with melancholy, while the latter's slinky rhythm makes you move. "Magic Hour 2020"s meditative drone closes out Side A, setting up Side B opener "The Virus"; an aural odyssey that transports the listener to "Revolutionary Tide"s righteous shuffle, with Blackout's sax blasting out like a call to arms. The album's title cut come near the end of Side B, with it's metronomic pulse and synth washes acting as a soothing balm, while the tender ballad "Dear Mom" closes us out. Blackout says "2020 has been unlike any time in history. With these hard times comes great emotion, reflection, and realization. This album is an instrumental reflection and chronological portrait of the period in which it was created, January through July 2020. I hope you find solace, artistic friendship, inspiration, rejuvenation and the power to make positive change through this work of art for years to come." Indeed the entire album feels very much like an offering, with it's tender & open expressions & reflections allowing a palpable passion to creep through. We can only hope it can guide us to a better tomorrow. "Love Profess" is released digitally via most streaming platforms, and available physically on cassette & black vinyl (a limited "White Light" version is also available while supplies last.)