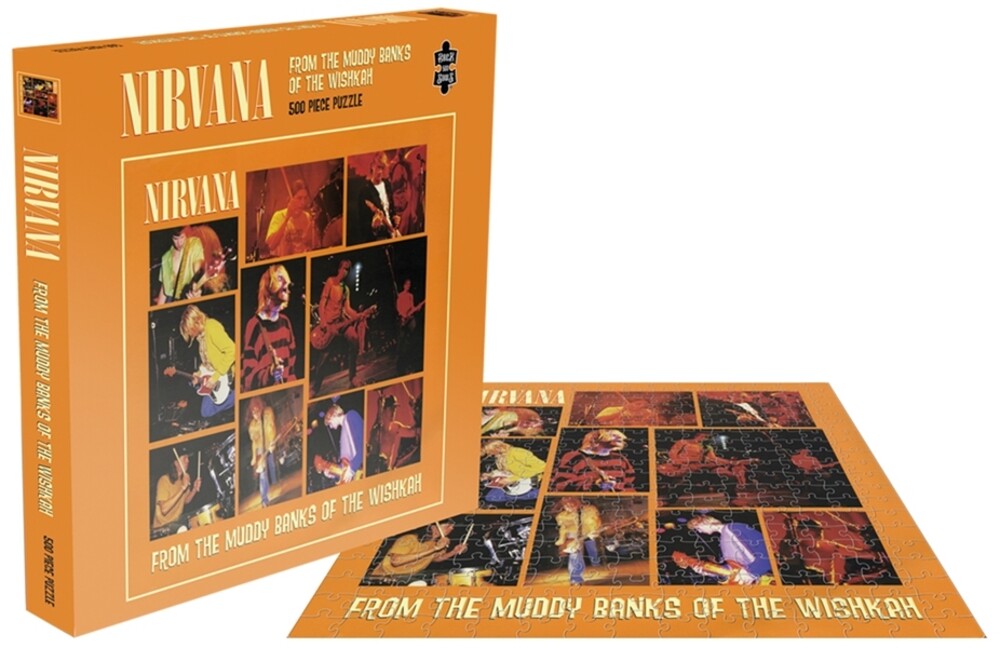 "From The Muddy Banks Of The Wishkah" is a live compilation album by American rock band Nirvana, released on October 1, 1996. It features live performances recorded between 1989 and 1994. The album debuted at number one on the Billboard 200. It spent 25 weeks on the chart and became the band's sixth platinum album since 1991. It was the second Nirvana album to be released following the death of vocalist and guitarist Kurt Cobain in April 1994. It was compiled primarily by bassist Krist Novoselic and drummer Dave Grohl, who had originally intended on releasing a live album in 1994 to accompany what became "MTV Unplugged In New York". The album's title (supposedly) refers to the Wishkah River in Aberdeen, Washington, where Cobain claimed to have spent nights sleeping under the Young Street Bridge as a teenager. The album artwork is now available as a 500 piece jigsaw puzzle printed on high quality board.500 pieces, Weight: 490g, Jigsaw size: 41 cm x 41 cm, Box size: 30.9cm x 30.9cm x 2.8cm