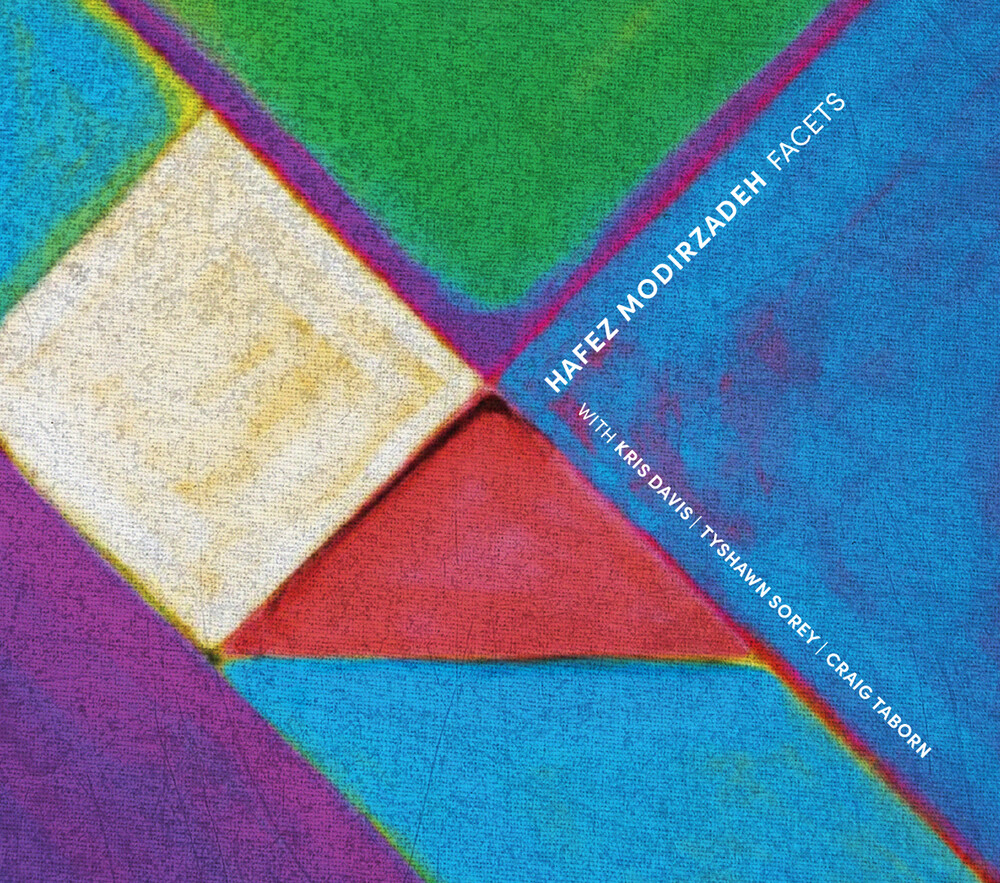 Facets is saxophonist/composer Hafez Modirzadeh's latest radical entreaty against the cultural hegemony of the Western notion of equal temperament and his argument that musicians should be free to explore a variety of tonal possibilities, even on piano. His 2012 release Post-Chromodal Out! was the first documentation of this concept, where the piano was tuned to a variety of temperaments. Performed with pianist Vijay Iyer, The New York Times called that album "Dauntless... There's heady discipline at work here, along with the stirrings of a hard-fought individualism." With his new release, Modirzadeh has distilled the idea to a single re-tuning, which is performed in duets with three towering musicians in contemporary improvised music: Kris Davis, Tyshawn Sorey and Craig Taborn, each interrogating the piano's new possibilities with imagination and ingenuity. Modirzadeh himself utilizes alternate fingerings and embouchure adjustments on his instrument to achieve intervals between major and minor, and the pieces sway with an elasticity reminiscent of Persian poetic meter. With eight keys re-tuned and the remainder left in equal temperament, the music explores the coexistence of familiar with unfamiliar, and in the process, discovers new logic and mysterious beauty with