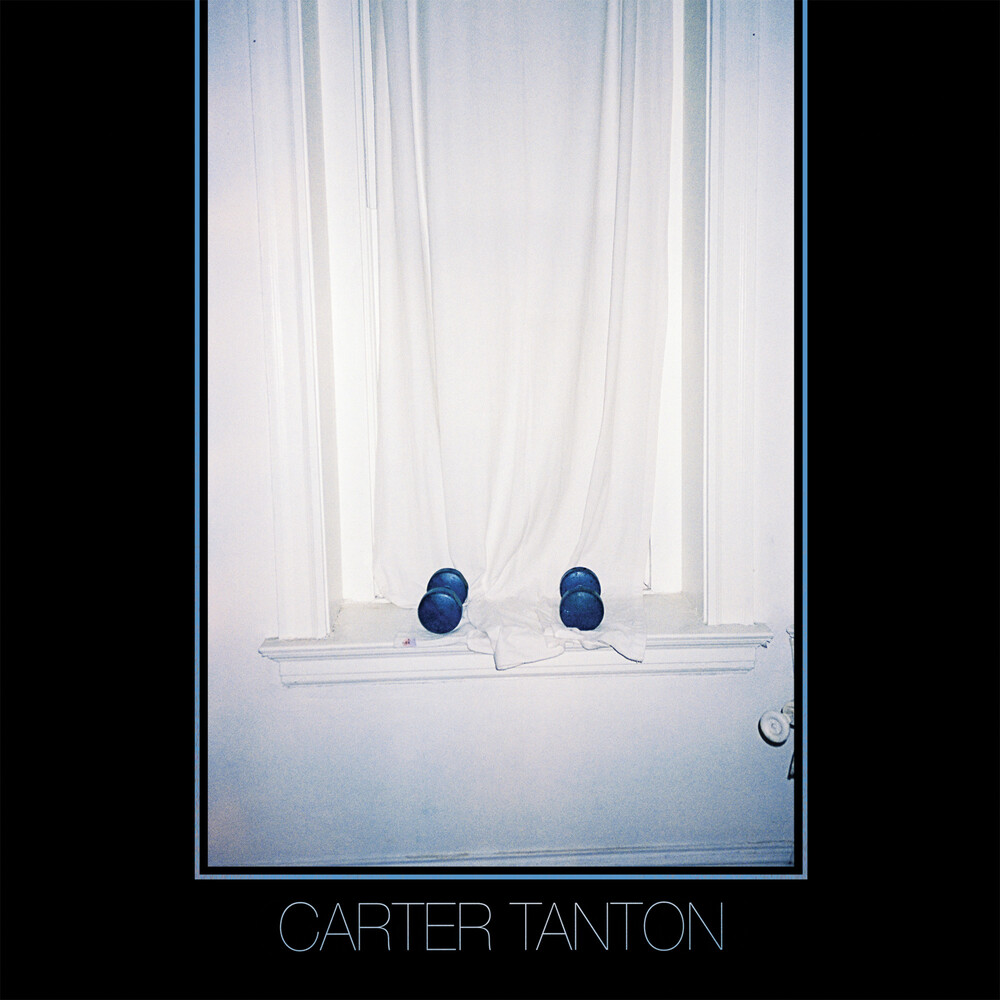 Carter Tanton has been performing and recording music since the age of 15. Over the years, Tanton has toured and recorded with numerous artists including Marissa Nadler, Strand of Oaks, Lower Dens, and The War on Drugs. In 2012, he assembled Freeclouds, his first collection of songs for Western Vinyl. A couple of years later, Tanton moved to England where he wrote all of the songs on his sophomore solo album Jettison the Valley, which featured vocal contributions by Nadler and Sharon Van Etten. Carter Tanton on his new self-titled album:"I recorded these songs from May to September 2017 in my childhood home which had been sitting empty on the market for nearly a year when I first brought over a microphone and laptop, guitar and piano. I set up in my parents old room because it had the best sunlight and quietest electrical grounding but from the start an allegorical quality ran underneath any surface level pragmatism I told myself was guiding things."During the year and a half prior, I had finished two discarded versions of the record. On the first, I played a slew of instruments to build up a band sound while the other was finished with help from friends in the War on Drugs. I had been growing disillusioned as to what music production actually accomplishes in the digital space and my old studio tricks didn't have the same punch anymore. Mark Fisher once wrote "technology has been decalibrated from cultural form" and likewise, I felt a flat disconnected drift disaffecting both prior versions."A few friends had often told me how they wanted me to strip it all back and record just voice and guitar. The further I slipped down technological rabbit holes the more the concept of recording in the simple way the Carter Family once had freaked me out. However, similar to re-entering the sun filled room with quiet grounding, the dark familiar soundhole of my Martin D-18 eased out a new and unexpected hypnotic sound from the very beginning."The records which haunt me are the ones which have a definitive feeling of time. "Plastic Ono Band", Cat Power's "Covers Record", "Seventeen Seconds", The Blue Nile's "Hats" and Lewis' "L'Amour" all seem chiseled from one continuous strain of expression. A cosmic timestamp on a spiritualized totality salvaged by and blooming through prismatic specificity. After nearly two years of listless work, each of these nine songs was written and recorded within one day, respectively. Any more time spent only weakened the original weight of the moment."A few songs center around racism in America, especially framed by what happened in Charlottesville, Virginia in August 2017. "Steep Angles" quotes Sinead O'Connor's song "Black Boys on Mopeds" and I hope it can serve as a Trump era sequel. "Out Fayette" is a fragmented love letter to my hometown Baltimore, using the panoramic sprawl of Fayette Street punctuated by the then recent murder of Freddie Grey as moral axis. Two ambient pieces made with a field recorder and sampler, "V Rose" and "Honey in Tea", remain from the previous versions of the record. They were both created in single days and carried the same uncanny presence as the others. "Uneven High Places" was the first song I put down in the new improvisatory way. It's a distinct stylistic break from my earlier songwriting, heavy on mood and only sometimes stumbling into structure or hooks. "Five Pound Cheques" was recorded on my phone in a rush the day the piano movers came after the house had finally sold."One can never return home and there is no going back, cliched truths, but the search can yield a resonant borderline, a nervy nuanced space with mirror-like qualities coming in and out of focus. Diane Arbus spoke about wanting to photograph the space between who people believe they are and how everyone else sees them. It's that psycho-spiritual DMZ which I called home while making these songs."