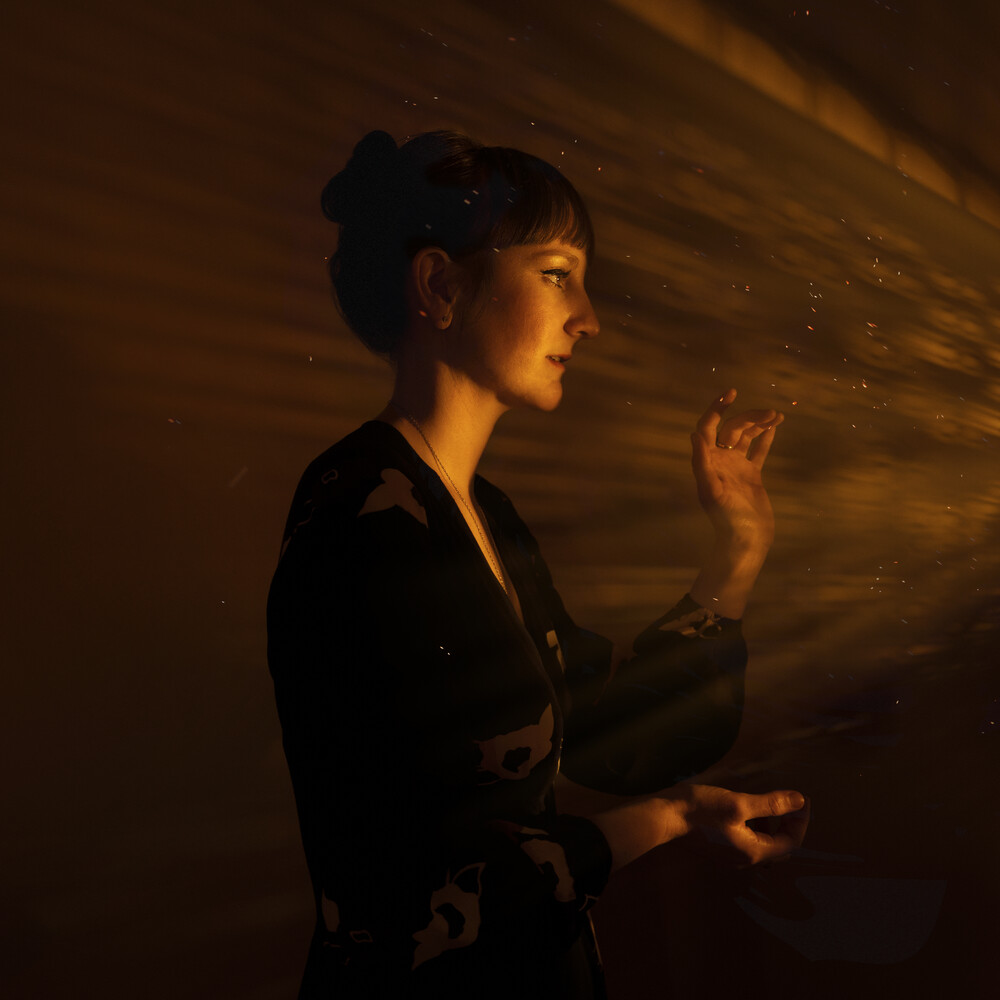 Kaylee Elizabeth's voice is soft but sure, warm but direct. She's seasoned by time spent in Ireland studying traditional singing and years touring with sister-brother duo The Native Sibling. Now based in Seattle, WA, Kaylee Elizabeth is making a debut on her own-with a new name, a new sound, a new process, and even a new instrument.She first began dedicating herself to songwriting while living in Ireland in 2010. "I was initially pulled to live there after years of listening to artists like Damien Rice, Lisa Hannigan, and Glen Hansard," Kaylee Elizabeth says. "There was a quality to the music that resonated with me deeply and I was curious to be influenced by the culture and natural aesthetics of Ireland in my own writing." While there, she studied sean-nós, the traditional Irish singing that uses melodies and vocal ornaments that influence her to this day.Soon after recording The Native Sibling's last album, 2019's Hammer is Heart, Kaylee Elizabeth began to work on songs that she knew early on were for a different project. She took advantage of this new beginning by intentionally approaching each element of the process from a different angle, starting with transitioning back to playing guitar instead of keys. "I thought back to when I began playing guitar my last year of high school. It was very formative for me in my artistic expression and emotional release because I hadn't studied the instrument in any formal way. I learned to listen and follow my curiosity with the instrument instead of overthinking things," she says. "As with most things that are held dear, playing the guitar has brought me a lot of joy and frustration over the years. It never worked having me play guitar in the band, but singing and playing guitar has always been one of my favorite things to do. I wanted to give attention to the things that bring me joy." After writing songs on her own for the first time-a process that challenged her to be self-disciplined and decisive-she teamed up with producer Andy D. Park (Death Cab for Cutie, Phoebe Bridgers). "Andy had a big influence on getting great performances by creating a lot of space for me to navigate my thoughts and ideas comfortably," explains Kaylee Elizabeth. "His personality was very even and helped regulate and direct the emotional release of this record." She was able to record in her own city, another first, which allowed her to stay healthy and grounded throughout the process, and enlisted musicians with whom she had never officially collaborated to back her in the studio: Jessica Dobson (Deep Sea Diver, Beck, The Shins), Sean Lane (Pedro the Lion, Perfume Genius), Michael Porter, and Zander Hawley. "I have so much gratitude for the contribution that each person in that room brought to the session. We worked each song out live and then captured that immediately, which led to some magical interplay between folks and also led to each person having distinguishable input and musical voices on these recordings." Her debut single under her own name and from these sessions, "Passing Through," draws inspiration from looking out the van window on tour through middle America. Kaylee Elizabeth explains: "You get many small glimpses of the physical structures and people as you're driving past or staying for only a short period of time. There are buildings thriving with activity and others lying in disrepair. The same physical place can hold many different times of growth and decay, bustle and silence. It makes me reflect on the fact that our time here is but a breath, but that there are many beautiful things that can be passed down from generation to generation."It doesn't take knowing her past work to hear that Kaylee Elizabeth is doing something notable. From singing at Galway open mics, to writing and touring with her brother, she is now seamlessly emerging as a writer in a singular voice in her first album due 2021.
back to top