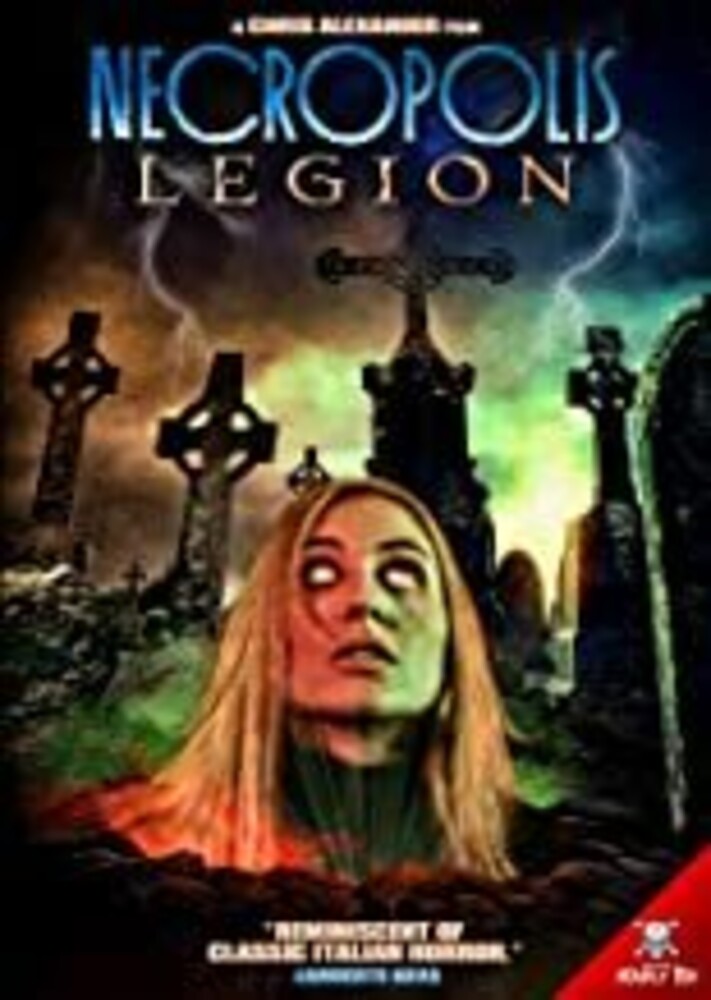 A re-imagining of the 1986 Empire Pictures exploitation movie classic, NECROPOLIS: LEGION tells the tale of satanic vampire sorceress Eva, whose sexually-charged midnight rituals are interrupted when God-fearing local villagers burst into her lair and murder her. A century later, motorcycle-riding writer Lisa moves into the same cabin where Eva was executed, with the intent to write a book about the supposedly haunted spot's history. Soon, Lisa is having vivid, perverse dreams and slowly, surely, Eva begins taking over the young woman, using her body as a vessel to commit even more atrocities in the name of resurrecting an ancient monster from the underworld.