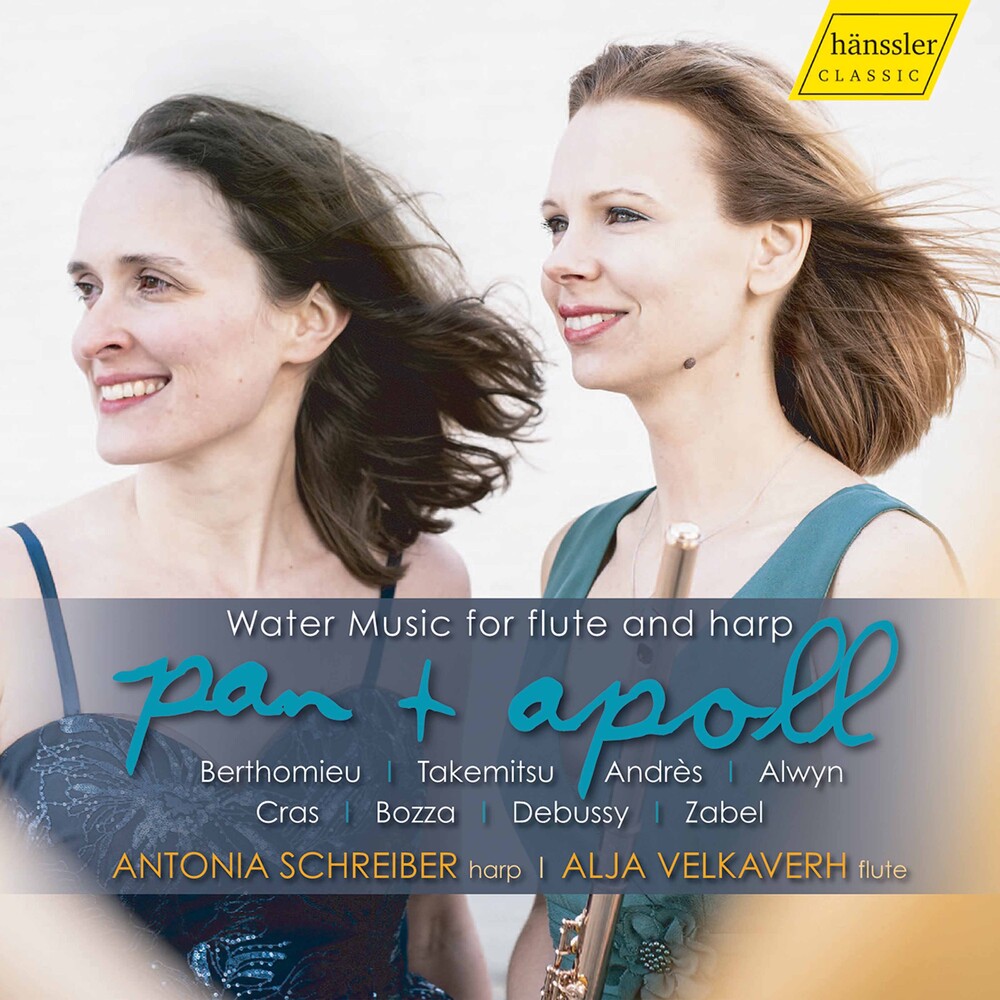 Pan and Apollo - or to put it in musical terms: wind and string instruments. Both of them ancient gods from Greek mythology: Pan, god of shepherds, the forests and nature and Apollo, son of Zeus, prophetic god of music - each representing their own instrument. Ovid's Metamorphoses tell of the contest, Pan with his syrinx (pipes of pan) and Apollo strumming on his lyre. J.S. Bach took this theme for his famous cantata Geschwinde, ihr wirbelnden Winde (Calm, you whirling winds) (Secular cantatas Vol 9 BWV 201, 207a). But this recording is not a contest between the two instruments (in our case, the flute and the harp), rather something quite different. Staying in the realm of ancient Greece: water, the theme of this release, comes from the "four elements" doctrine of the ancient Greek philosophers. And that is not the only remarkable feature of this recording. Alongside the beauty of the chamber music, the clarity and lucidity of both instruments, lies the enjoyment of precious musical rarities.