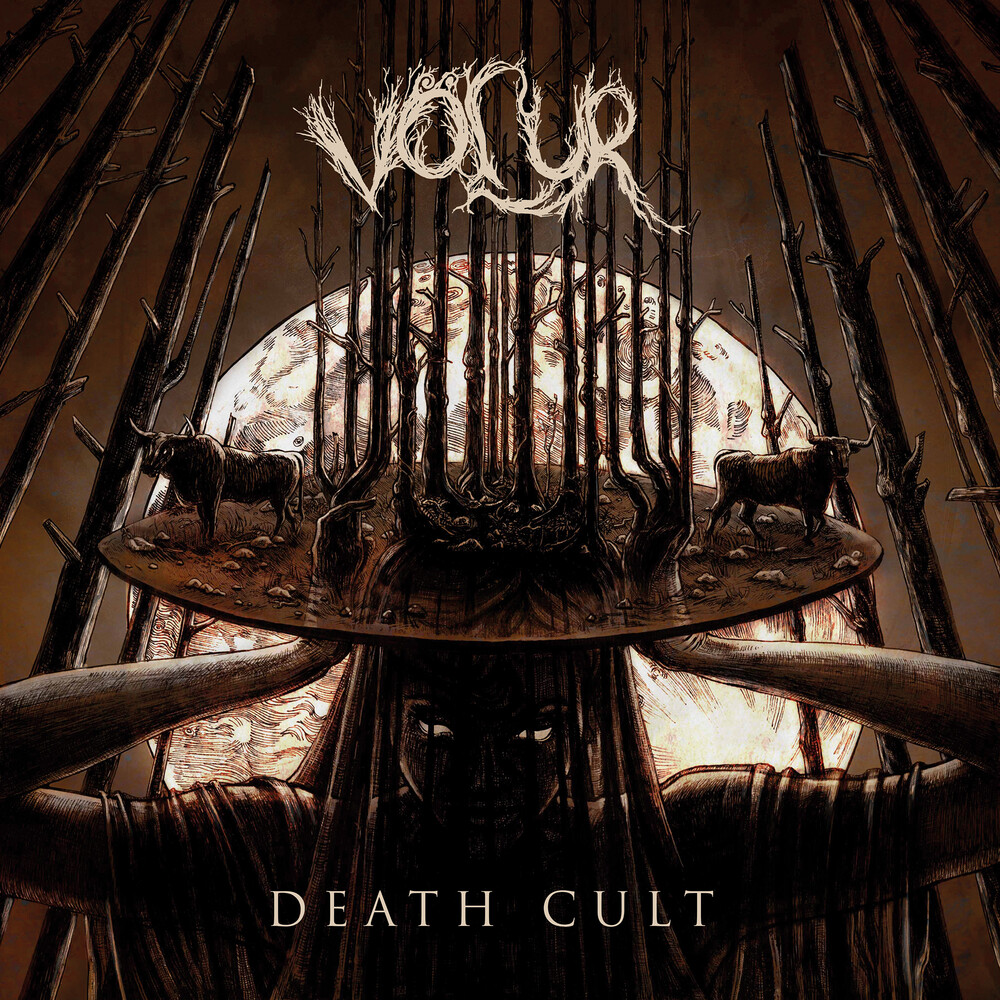 To the casual listener, VÖLUR might 'just' appear to write great doom songs with an avant-garde approach using elements from folk, classical music and free jazz. Those delving deeper into "Death Cult" will discover a singular dark world where ancient ritual becomes modern angst, a violin has replaced all guitars, and a multitude of fascinating lyrical and musical discoveries awaits. The third full-length of the Canadian trio from Toronto was partly inspired by a suggestion of human sacrifice that Tacitus relates in his book "Germania". According to the Roman historiographer, the Germanic tribes of the Baltic Sea worshipped the earth goddess Nerthus by a mysterious ritual that ended with the drowning of four slaves. "I came to the realisation that this sacrifice to some never answering deity is a repeating cycle of people doing something that does nothing to solve real problems and only leaves dead people behind", explains VÖLUR vocalist and bass player Lucas Gadke. "This makes 'Death Cult' probably the closest thing to a political album we will ever come up with. It is basically a lament for all the destruction, the burning, and gnawing away of this planet's natural environment. Again, humankind appears to be stuck in a futile vicious cycle until it is too late." The theme of a lament is running through the musical side of "Death Cult", which is denoted by outbursts of anger, moments of melancholy, and audible despair. Although VÖLUR clearly fit into the doom metal mould, they connect to a far broader soundscape. Folk or traditional music playing an important role as exemplified by the violin replacing guitars, but the Canadians are equally at home in contemporary genres. While staying true to the folk doom style that the trio introduced with their debut EP "Disir" (2014) and expanded on the first full-length "Ancestors" (2017), the third album witnesses VÖLUR honing their craft. "Death Cult" is characterised by a tightening of compositions and a complete amalgamation of the separate stylistic influences into one cohesive musical experience that still offers a broad range and a host of details waiting to be discovered. VÖLUR smash the hollow idols on whose altars the merciless priests of capital and industry sacrifice our planet with "Death Cult" - a sinister lament born from folk, modern classical music and a heavy dose of doom metal. "Death Cult" is available as Digipak CD and on vinyl (black, ltd. Silver).