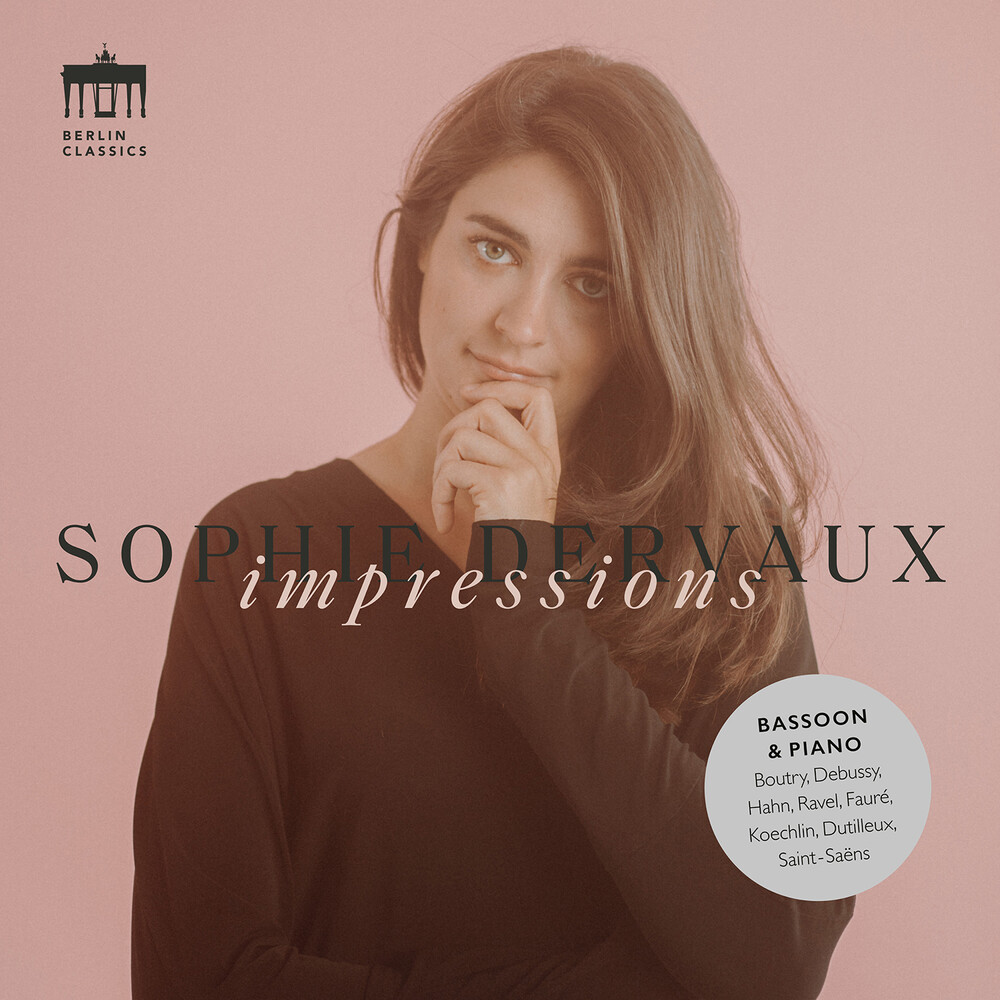 Sophie Dervaux's debut album on Berlin Classics is very much in the French tradition. Together with her French colleague, pianist Sélim Mazari, the bassoonist presents works on this concept album Impressions that are by composers of various eras, including Debussy, Saint-Saëns, Ravel, Fauré and Koechlin. The bassoon - unusually - takes the stage as a soloist and so fulfils the purpose that the Vienna Phil bassoonist had in mind: to present the unique singing sound of the instrument and enrich the world of the bassoon in the process. "A lot of people think of the bassoon as an amusing instrument. But it can be more than just the jolly clown. I wanted to show that it can sound wonderful and sing wonderfully too." There is no doubt that Dervaux has proved her point on Impressions. Her repertoire brings together familiar and seldom heard pieces, and at times ushers it's audience into a dream world. Among those pieces are Debussy's Clair de Lune and Beau Soir, illustrating the tonal compass of the bassoon. Sophie Dervaux also presents the Sonata for bassoon and piano in G major, op. 168, written by Camille Saint-Saëns, in his old age. Great phrases and lines flow from Dervaux's instrument in Fauré's Après un rêve, and a piece she arranged herself, Pièce en forme d'habanera by Ravel, brings out the almost human voice of the instrument. These Impressionists are joined by theorist and composer Charles Koechlin with his Sonata, op.71. Going a step further, Reynaldo Hahn's A Cloris and Roger Boutry's Interferénces bridge the gap between old and new and introduce jazz influences. With her new album Impressions, Sophie Dervaux aims to show her audience what is special about the bassoon: it's sound, and it's virtuosity too.